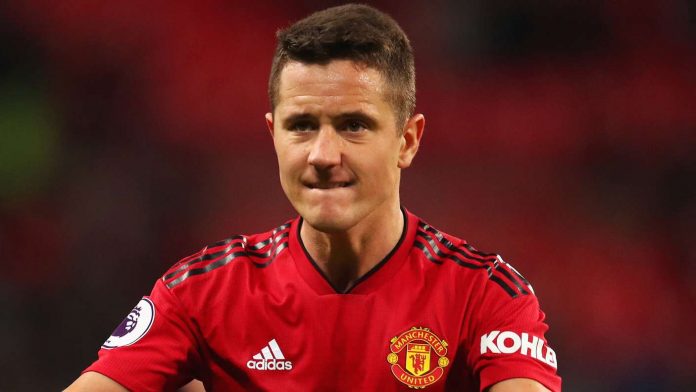 The Spanish midfielder says he “waited too long” for a fresh contract offer at Old Trafford before deciding to depart for Paris Saint-Germain.

Ander Herrera has offered an insight into the behind the scenes confusion that led to his Manchester United exit, insisting he “deserved more attention” from the club.

The 30-year-old was unable to help the club add to their haul of league titles, but did get his hands on the FA Cup, Europa League and Carabao Cup during his five-year stay in Manchester.

Despite the fact that the Spaniard was still a regular in United’s line up throughout the 2018-19 season, he was made to wait for a proposal of fresh terms and ultimately turned down the chance to extend his contract when the offer finally arrived, dropping into the free agency pool last summer before being swiftly snapped up by Paris Saint-Germain.

The midfielder has now revealed that he found himself at odds with the United board during his final year at the club, and says he was left with no choice but to move on after being treated like a spare part.

“In my opinion, I waited too long (for an offer) and deserved more attention from the club. I was a player that gave everything. I never complained. I never went to the media to complain about anything.

“I never put a bad face to any manager, to any member of the board, and they waited until I had five or six months left on my contract.

“That’s why I had some disagreements with them. I tell you this but I also tell you that it is part of football, part of life, nothing personal at all – but you ask the question and I give my point of view, as a professional player.”

Herrera’s first season at PSG has been disrupted by injuries, but he did pick up a Ligue 1 winners’ medal after the cancellation of the French domestic campaign in April.

The Bundesliga has since restarted in Germany, with the Premier League set to follow suit after La Liga also gets back underway in Spain this weekend, and Herrera has been among those to express his belief that Ligue 1 was abandoned “prematurely”.

He told Marca last month: “In my opinion, France cancelled the league prematurely because it is showing that they can come back. You see your team-mates working and you are envious.”