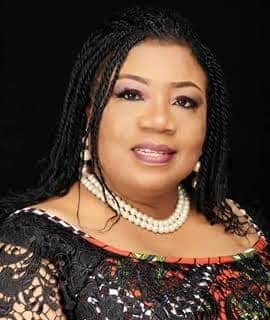 … Appreciates Buhari for nominating her as Ambassador

…Says appointment should be a beacon of hope to other associates of Amaechi.

In a statement made available to media houses, the APC chieftain expressed gratitude to H.E. President Mohammadu Buhari for his confidence on the former Ogu/Bolo Council Chair whose sense of diplomacy and selfless service to humanity speaks of her love for fatherland.

Describing Dr. Maureen as a personification of courage and public service enthusiast, the party chieftain expressed optimism that the stateswoman will definitely deploy her dexterity and wealth of experience to secure advantages for Nigeria wherever she may be posted for the special diplomatic assignment.

Chief Eze said Dr. Maureen belongs to the class of consummate politicians in Rivers State who understands the psychology of, and speaks the language of the people at all times.

He stated that Dr. Maureen is stocked with the requisite intellectual qualification in international relations to represent Nigeria in any part of the world and produce results through tactful diplomacy in conformity to Nigeria’s foreign policy and the internationally recognised standard of sovereign virtue in bilateral relations.

While congratulating the former Rivers lawmaker and ex council boss, Chief Eze expressed confidence that she will be confirmed by the National Assembly and Prayed God to grant her the requisites to bring glory to Nigeria when she resumes her new diplomatic assignment.

Eze further highlighted that Dame Maureen Tamuno is an amazon of high repute, a hard fighter and goal getter and one of the very few that you can assign a duty and can sleep soundly with your two eyes closed as you will surely get the deservedly results. I am not shocked of her appointment as she deserves it.

Eze reassures all other Associates of Amaechi who have worked and stood by the principles of our leader that one of these days they will also be remembered.