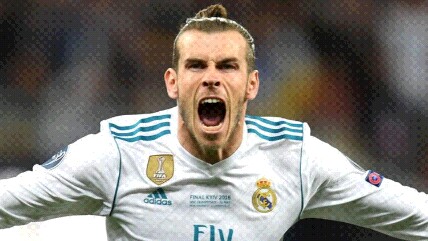 The mercurial winger has been tipped to secure a transfer away from Santiago Bernabeu after a turbulent season in the Spanish capital.

Gareth Bale “will not leave Real Madrid” this summer, according to his agent Jonathan Barnett, who says “the best players in the world do not go out on loan”.

Bale has been restricted to just two appearances for Madrid since their return from lockdown in June, and was left out of Zinedine Zidane’s squad completely for the 2-2 draw with Leganes on the final day of the Liga season.

The Welshman has cut a forlorn figure in the stands over the last few weeks, making headlines for pretending to be asleep and simulating the use of binoculars while watching his team-mates handle business on the pitch.

Bale has contributed just three goals to Madrid’s cause in 20 appearances in 2019-20, and he looked somewhat out of place while the team celebrated their latest La Liga title triumph following a 2-1 win over Villarreal last Thursday.

As the rest of the squad picked up Zidane and revelled in a first domestic crown since 2017, the 31-year-old looked on with his arms folded, leading to more question marks over his future at Santiago Bernabeu.

It has been suggested that Madrid will look to offload Bale when the transfer window reopens, but Barnett is adamant that his client will be staying put.

“Gareth is fine. He has two years left on his contract,” the Wales international’s agent told BBC Sport. “He likes living in Madrid and he is going nowhere.

“He is still as good as anyone else in the team. It’s up to [Real Madrid manager] Zinedine Zidane.

“Of course here’s been interest but there’s hardly a club in the world which can afford him.

“It’s a great loss that he’s not in the Real Madrid team at the moment but he will not leave.”

Asked whether a loan move could be possible for Bale rather than a permanent transfer, Barnett responded: “He wants to play for Wales at Euro 2020. He always wants to play well for Wales.