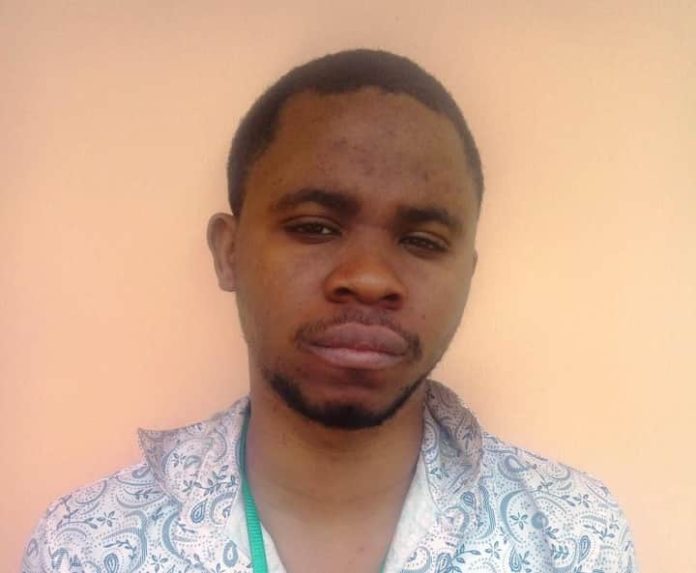 The convict was prosecuted by the Ibadan Zonal Office of the Economic and Financial Crimes Commission, EFCC, on a six-count amended charge of obtaining money by false pretence for which he was found guilty and convicted.

Oluokun’s journey to prison started when the Commission received a petition from one Nduka Lucious in which he alleged that the convict collected the sum of $22,300 from him in three instalments on the agreement that he will supply 100 metric tonnes of sesame seed to one Victoria Xhung, a China-based Taiwanese businesswoman, whom the petitioner represents in Nigeria.

While the convict failed to deliver, he converted the sum to his personal use.
On conclusion of investigations, he was arraigned on April 6, 2018 on a six-count charge of obtaining money by false pretences to which he pleaded not guilty and was re-arraigned on June 15, 2020 on a six-count amended charge for the same offence, for which he was convicted on Thursday.

After reviewing the arguments of the prosecution team of Dr. Ben Ubi, Oluwatinuwe Daramola and Mabas Mabur and that of the defence team, Justice Abdumalik convicted the defendant on counts one to four of the charges, which contravene Section 1(1)(a) of the Advance Fee Fraud and Other Related Offences Act, 2006, sentencing him to five years on each of the four counts, which are to run concurrently and discharged and acquitted him on counts five and six.

Aside the prison term, the convict is to restitute his victim, the sum of $22,300, with the caveat that the jail term will be extended by additional two years if he fails to make the repayment.

He also forfeited his Toyota Corolla saloon car to the Federal government.

Nothing will make me go to Abuja to Beg Anybody says...