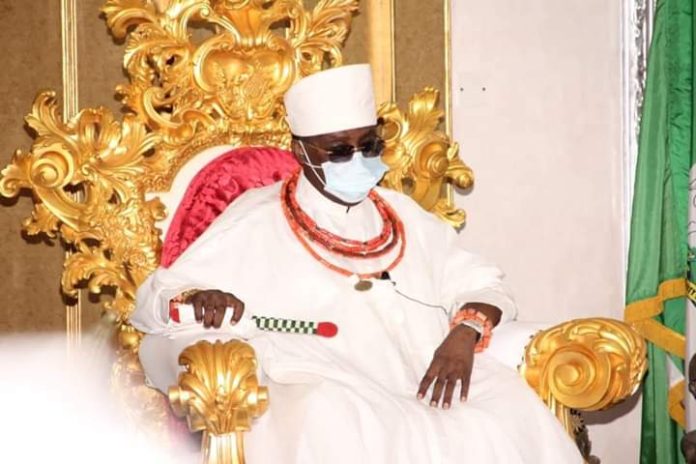 The Oba of Benin, Omo N’Oba Akpolokpolo Ewuare II has commended the Rivers State Governor, Nyesom Ezenwo Wike for his purposeful style of leadership in handling national and state issues.

The Edo Monarch noted that he has keenly watched the activities of the Governor on national television over the years with admiration.

He recalled his visit to Rivers State aimed at strengthening ties between the people of the two states and also lauded him for the hospitality accorded him and his entourage.

The Oba of Benin noted that Governor Wike’s patriotism led him to appeal to him to intervene and resolve the political feud between Governor Godwin Obaseki and his predecessor the then National Chairman of the All Progressives Congress (APC), Adams Oshiomhole.

He restated the apolitical position of the Benin Traditional stool and assured of his prayers for peaceful campaigns as well as the stability of the state and nation.

Earlier, Governor Nyesom Ezenwo Wike said the visit was to seek the Oba’s royal blessing for the commencement of the party’s campaign in his kingdom.

Governor Wike who noted the revered tradition of the ancient Benin Kingdom, assured the monarch of his continued respect for the traditional institution.

He promised to return to the place on a thank you visit after the victory of the party at the September 19, 2020 governorship election