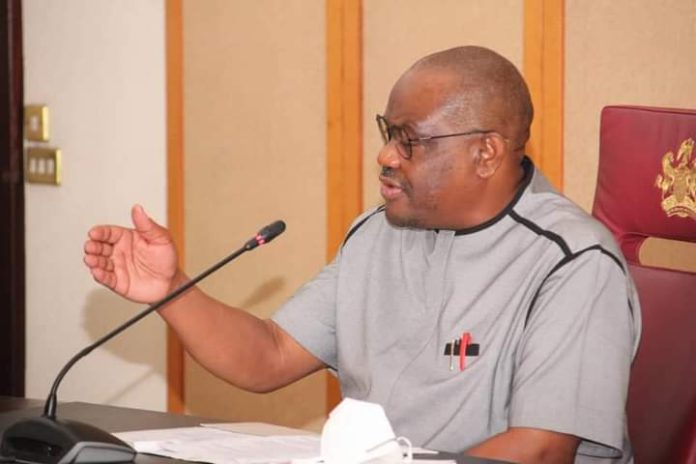 Rivers State Governor, Nyesom Ezenwo Wike has inaugurated a Seven-man Committee to revitalise some dormant Health Institutions in the State.

The Implementation Committee, chaired by the State Deputy Governor, Dr. Ipalibo Harry Banigo has the State Attorney General and Commissioner for Justice, Prof. Zacchaeus Adangor and the Commissioner for Health, Prof. Princewill Chike serving as members.

Governor Wike charged them to deploy every measure required to revamp the Prof. Kelsey Harrison Hospital that has been dormant for quite some time.

He urged them to engage competent personnel that would deliver the best results so that the hospital would begin to offer services to the people of the State.

“Prof. Kelsey Harrison Hospital has not been operational because of a litigation over the agreement between International Trauma and Critical Care Centre Limited(ITCC) and the Rivers state Government.

“The Committee set up by the State Executive Council made fundamental recommendations. We therefore decided to ensure they are implemented immediately without bureaucracy.

“You are saddled with the responsibility of how Kelsey Harrison Hospital should be revitalised and made more functional. It should serve people in the densely populated area of Diobu.

“There will also be the need to hand it over to the Rivers State Hospitals Management Board at the end of the day,” he said.

On the need to reposition the Dental and Maxilo-Facial Hospital to serve Rivers people efficiently, Governor Wike urged the committee to integrate it into RSUTH.

He wondered why such facility would exist and the State Teaching Hospital would be offering dental services from a makeshift accommodation.

“I also learnt that RSUTH has lost accreditation for internship for dental residency training. So we have decided that it should be handed over to the Teaching Hospital in order to retain accreditation,” he stated.

The Governor also described as unacceptable the poor financial remittance by the Ashes to Ashes Funeral Limited to RSUTH.

He urged the committee to look at the existing agreement and structure it to benefit the State Government.

“Why will the Hospital rely totally on government when they charge for the services they render. As s government, we pay salaries of workers and we have fixed modern infrastructure and equipment for the hospital.

“We have to look at the 25:75 percent revenue sharing ratio between government and the Ashes to Ashes Funeral Limited and review it.

“It is not right that Government that built and equipped the mortuary will be collecting 25 percent profit and the service provider collects 75 percent.

“The new arrangement will also create room for the Hospital to train Pathologists and Morticians at no extra cost.

“I believe that members of this Committee are quite experienced and you will be expected to submit your report within the next one month,” he added.

In her response, the Chairman of the Committee and Deputy Governor of the State, Dr. Ipalibo Harry Banigo noted that Governor Wike has never politicised issues of health and education.

She said the State succeeded in the fight against COVID-19 pandemic because of the Governor’s commitment.

“We are quite privileged to be saddled with this responsibility that will further enhance the quality of life of our people in line with your vision.

“We promise that we will attend to this task with utmost sense of urgency to restore the affected health facilities to optimum use,” she stated.