Home FEATURED Why I broke up with Oshiomhole – Obaseki 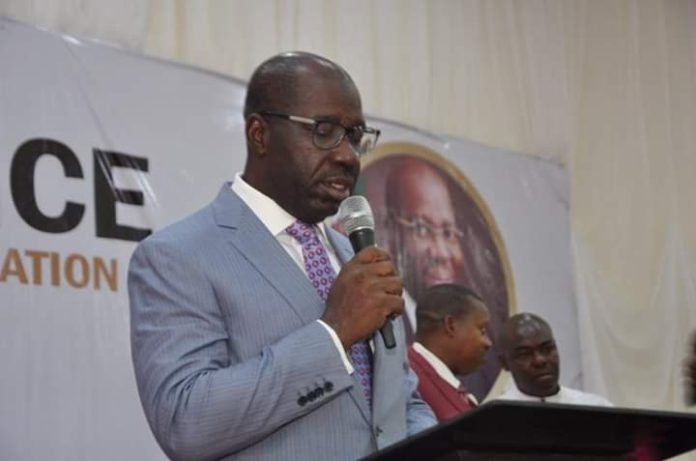 Governor Godwin Obaseki of Edo State has disclosed why he fell out with Adams Oshiomhole, former National Chairman of the All Progressives Congress, APC.

Gov. Obaseki explained that Oshiomhole’s ulterior motive was responsible for the IAS between them.

The governor disclosed this while recounting how he helped Oshiomhole develop plans when he was governor of the State.

Oshiomhole, a former National President of Nigerian Labour Congress, NLC, was governor of Edo State from 2008 to 2016.

Following the expiration of his second term, Obaseki succeeded him.

But, their relationship soon turned sour and Obaseki had to defect from APC to the Peoples Democratic Party, PDP, where he is running for a second term.

However, Obaseki in a series of tweets wrote: “I supported @A_Oshiomhole when he ran for office. I developed his plan as governor. When he was done, he felt I can continue this plan.

“The @OfficialPDPNig gave me umbrella when I weathered my political storm and I am grateful to the leadership of the party for their large heart.” 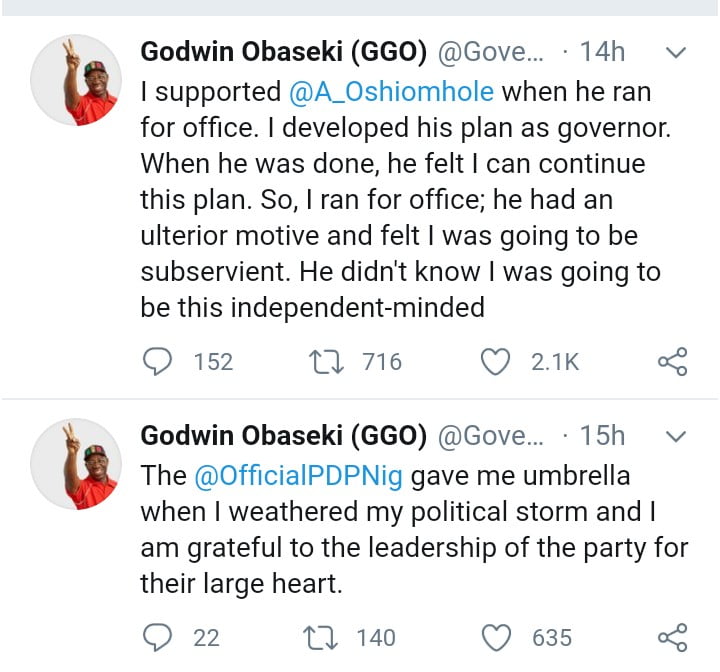