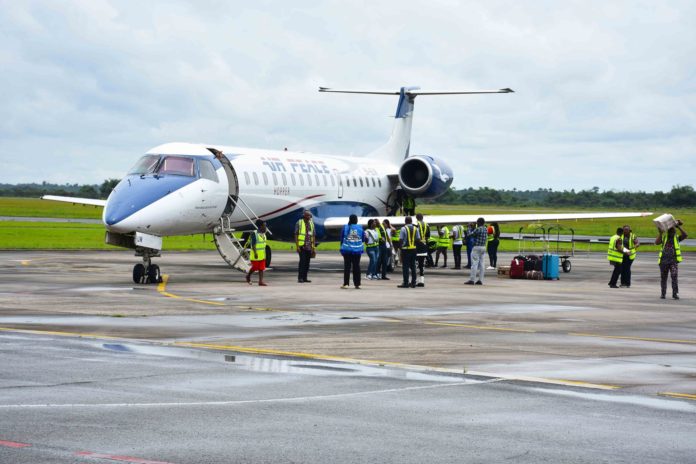 On Monday the Aviation Unions shut down the operations of Arik Air for allegedly owing its staff.

The union claimed Arik Air has not paid its workers since April after placing 90 per cent of its workforce on compulsory leave and other anti-labour practices.

NAN reports that all Arik Air operations in Lagos State were shut down.

Mr Innocent Atasie, Chairman, ATSSSAN, Arik Air Branch told NAN that the workers resolved to shut down Arik operations nationwide when all efforts made to resolve the problem failed.

Atasie said that the unions were miffed that there had been no payment of staff salaries since April after placing 90 per cent of the workforce on compulsory leave.