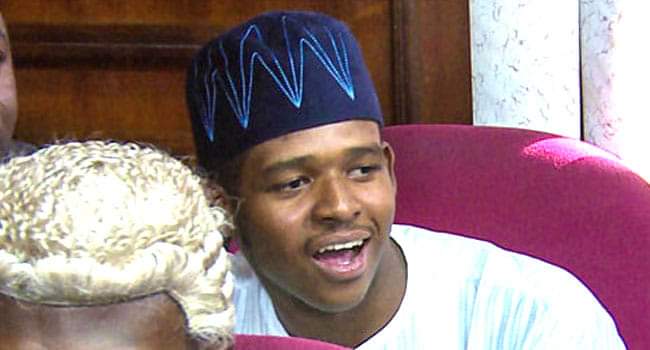 The Court found Faisal guilty on a three-count charge of money laundering brought against him by the Economic and Financial Crimes Commission, EFCC.

One of the charges reads: “That you Faisal Abdulrasheed Maina, (alias Alh Faisal Abdullahi Farms), between October 2013 and June 2019, within the jurisdiction of this Honourable Court, controlled an aggregate sum of N58, 111,585.00 (Fifty-eight Million, One Hundred and Eleven Thousand, Five Hundred and Eighty-five Naira) only, paid through the United Bank for Africa (UBA) account of Alh. Faisal Abdullahi Farms, when you reasonably ought to have known that the said funds formed part of the proceeds of unlawful activity to wit: corruption of one Abdulrasheed Abdullahi Maina, who is facing a separate charge and thereby committed an offence, contrary to Section 15(2) (d) of the Money Laundering Prohibition Act, 2011 as (amended) and punishable under Section15 (3) and (4) of the same Act”.

Justice Abang held that he was satisfied that the EFCC proved all the essential ingredients of the charge, stressing that the defendant ought to have known that inflows into the bank account formed proceeds of an unlawful act of corruption by his father.

He sentenced the defendant to 5 years in count 1 and 3, and 14 years on count 2 of the charge.

The sentence is to run concurrently, starting from the date of conviction.

The court ordered that the defendant, who has been at large since June 24, 2020, be arrested anywhere he is found in Nigeria and remanded in any Correctional Service Centre to serve his jail term.

The court further held that in the event that the defendant is traced to anywhere outside the country, the Federal Government should take lawful steps to effect his extradition to serve his jail term.

The court also ordered that the company through which the fund was laundered, Alhaji Faisal Farm 2, be wound up, with funds in it forfeited to the Federal Government.

Today’s judgment brings to an end a trial in which the defendant twice jumped bail, forcing the court to revoke his bail and ordered the forfeiture of the bail bond provided by his surety and member of House of Representatives, Sani Dan-Galadima,

EFCC closed its case against him after it called three witnesses and tendered documents that were admitted in evidence.

3 Die In Another Cult Clash In Ogun

Abe Lauds Buhari Over Release of Funds for Maintenance of Federal...