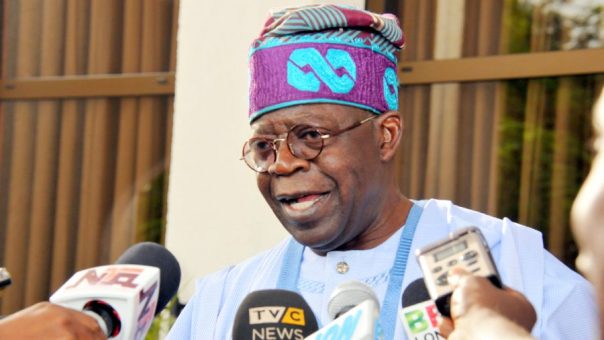 On Tuesday the National Leader of the All Progressives Congress leader, Asiwaju Bola Tinubu, has appealed to Edo voters to reject Governor Godwin Obaseki during this Saturday poll.

Tinubu said the Governor doesn’t deserve a single vote for non-performance and violation of democratic values.

Tinubu, in a sponsored broadcast on TVC on Tuesday, said: “He (Obaseki) does not deserve any democratic ballot paper. Don’t vote for him, I appeal to all of you.”

The APC leader said while he was taking part in the democratic struggle in the 1990s, Obaseki was nowhere to be found, which explains Obaseki’s inability to appreciate democratic institutions. 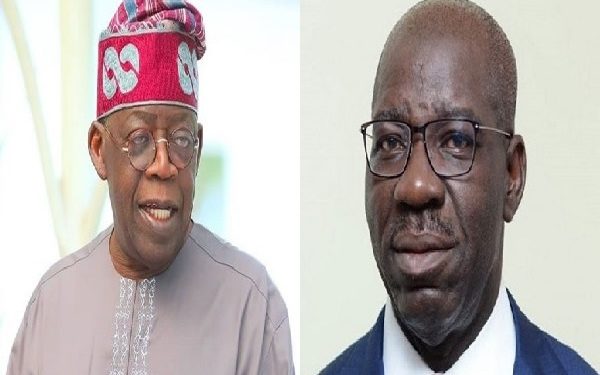 “I want to appeal to you to reject Godwin Obaseki in this coming election. I have suffered with many others to bring about this democratic regime, that today, we are enjoying in the country. Then, Godwin Obaseki didn’t participate in any aspect of the struggle to enshrine democracy in the country.

“Therefore, he could not understand the value and the pains associated with this democratic struggle,” Tinubu began.

The former governor of Lagos State said Obaseki prevented 14 of the 24 elected Edo lawmakers from being inaugurated.

He said Obaseki refused to take the advice of the National Assembly and the Attorney-General of the Federation to let the 14 members of the House of Assembly be inaugurated.

Tinubu said rather than let them be inaugurated, Obaseki supervised the destruction of the House of Assembly complex to prevent them from being sworn-in.

For these and more, he said the Peoples Democratic Party(PDP) candidate should be punished with vote rejection.

The APC chieftain added: “He demonstrated the act of dictatorship, lack of respect for rule of law, lack of respect for you the people who voted for those legislators prevented from being sworn-in. Today, he now comes back as a democrat wanting you to vote for him. Please, I appeal to you, reject him.

“Several institutions and leaders of our country appealed to him to respect constitutional democracy but he rejected all entreaties. He rejected the appeal of the National Assembly.”