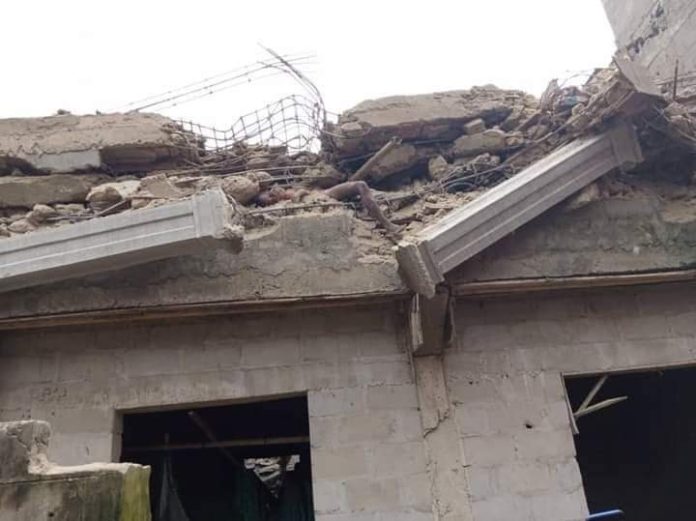 This was disclosed by the state Commissioner for Information, Chief John Okiyi Kalu, during a radio program monitored in Umuahia this morning. According to him, “The Government received with sadness news of the collapse of the 3-storey building which was under construction in the early hours of today and the Governor immediately directed relevant agencies to the location as well as mobilized earth moving equipment to the site on a search and rescue mission. So far, we have one confirmed fatality and those on site are working to see if there are others trapped in the rubble”.

On the possible cause of the collapse, he stated that investigations are ongoing by goverment and security agents including men of the state police command, fire service and town planning authorities already at the site. He observed that preliminary information indicates that the plan for the building is yet to be approved with on site evaluations indicating that the materials used to construct the collapsed part of the structure being sub-standard.

Chief Okiyi stated further that security agents are currently on the hunt for the building engineer and developer of the property. He also informed that most of the building was hurriedly put up during the COVID-19 lockdown period with a view to possibly evade the town planning authorities. 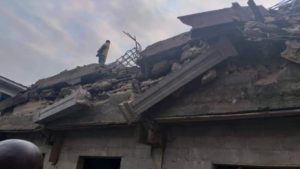 The Comissioner warned that government will not tolerate a repeat of the situation where buildings are indiscriminately erected without proper approval and supervision, and assured that government will get to the root of the matter and ensure that all those found culpable in this particular instance are prosecuted.

Appointment of Onyeama as minister, a terrible mistake: Enugu APC