On Thursday the Stalwarts of the All Progressives Congress (APC) in Oyo State gathered in Ibadan, the state capital to settle all the crises in the party, with a view to reclaiming the state.

The APC stakeholders who urged their supporters and other members of the party to see themselves as one, insisted that the need to come together is necessary to unseat the ruling Peoples Democratic Party (PDP) government in the state.

Recall that in 2019 APC had lost the gubernatorial election to Governor Seyi Makinde of the Peoples Democratic Party, but has recently announced plans to unseat Makinde in 2023. 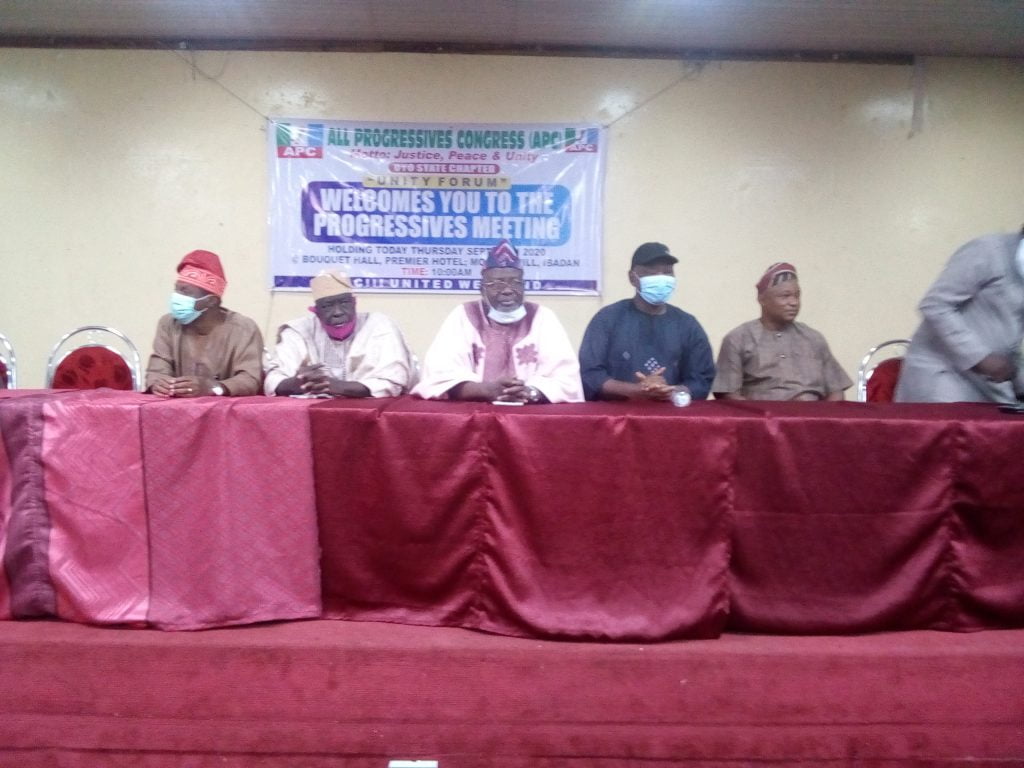 In a communique issued at the meeting, the stalwarts urged various groups in the party to sheath their swords and work for the unity of the party to unseat the ruling PDP. 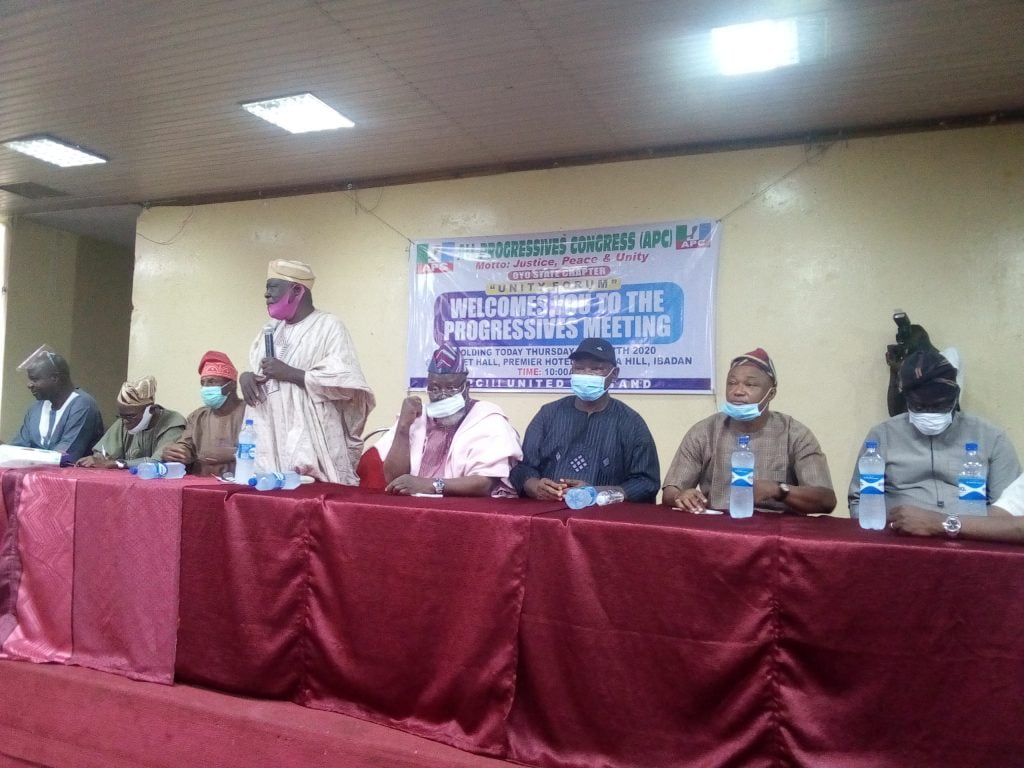 “Members of the APC in Oyo State were implored to resolve their differences and work for the unity of the party. All contentious issues that led to the crisis in the party were examined and addressed.

“They were informed that the party will soon hold congresses to elect new executives in the 36 states of the federation and the Federal Capital Territory.

“The party will thereafter hold a convention latest by January 2021. The two groups that attended the meeting with the committee were directed to nominate three (3) members each that will oversee the fresh registration of all members with the executive committee of the party.

“The meeting mandated the representatives to the Abuja meetings to select the three members that will work with others on the fresh registration of members. The meeting enjoined all members of the APC to shun any action that could derail the peace initiative in the party”.