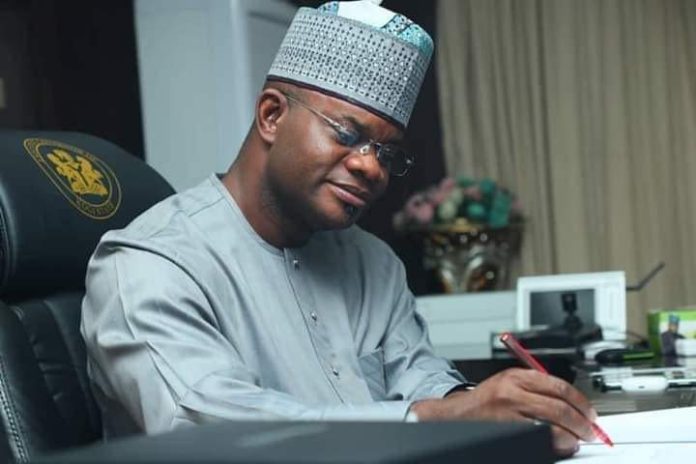 On Friday the Kogi State Government petitioned the U.S. Government on its visa restrictions for unnamed individuals responsible for undermining the Nigerian democratic process and for organising election-related violence.

The letter from the Kogi Government marked, KGS/GO/ADM/25/II/XXX, dated September 16 and signed by the state’s Secretary to the Government, Mrs Folashade Ayoade, was addressed to the U.S. Ambassador to Nigeria.

Ayoade acknowledged that a copy of the letter was received by the Embassy on September 17 and made available to journalists in Abuja on Friday, saying that the letter was directed by the State Governor, Alhaji Yahaya Bello.

Recalls that the U.S. Government had sanctioned some Nigerians found to have undermined the Nov. 2019 governorship polls in Bayelsa and the Kogi States.

The U.K has also warned that names of sponsors of violence in Edo and Ondo States will be added to the existing blacklist.

However, Ayoade in the letter which read in part said: “Please note that for the purpose of this protest letter, we are only interested in the citations to the extent that they’re preferable to Kogi State and her citizens.

“For the most part, we concede that elections in Nigeria are complex affairs which will continue to require improvements for the foreseeable future.

“The 2019 Kogi State Gubernatorial Election was also not without its challenges.

“However, it is also crystal clear from critical and composite analyses of the records (official, media, observers, etc.) of the November 16, 2019 polls that regrettable incidents were limited to a few polling units.”

“For instance, a U.S-based blog made inflammatory publications in which it named Bello of Kogi State, among others, as a definite recipient of your visa restriction.

“Although you have named no names, accuracy is of no moment to them, just base political expediency, and they quote unnamed U.S. State Department sources to give credibility to what is otherwise unproven.”