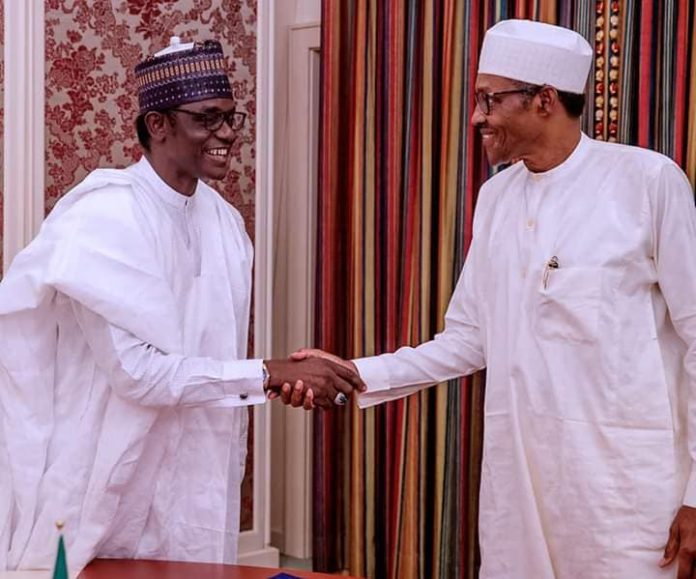 On Monday the national body of the All Progressives Congress (APC) has congratulated the candidate of the Peoples Democratic Party, PDP, in the Saturday September 19 governorship election in Edo Governor Godwin Obaseki on his re-election.

Buni commended INEC, security agencies, and all political parties that contested the election for the successful conduct of the election.

He also commended the party’s flagbearer Pastor Osagie Ize-Iyamu for his tenacity and leadership while appreciating the efforts of the immediate past national chairman of the party, Adams Oshiomhole, and other members for demonstrating unwavering support for the party and its candidate in the election.

Governor Buni added that it is time to unite to move the country’s democracy forward and put an end to the era when the electoral contest becomes warfare.a

The September 19, 2020 Edo State Governorship election is over, the winner has been declared by the Independent National Electoral Commission (INEC) in the person of the Mr. Godwin Obaseki, candidate of the People Democratic Party (PDP).

We hereby congratulate the winner of the election, the people of Edo State and all Nigerians. The peaceful conduct of the election and its outcome represent victory for Nigeria’s democracy

As a party, we join our leader, President Muhammadu Buhari GCFR, to affirm our ‘commitment to free and fair elections’ in order to strengthen ‘the foundation for our political and moral authority’.

We commend INEC, our security agencies and all political parties that contested the election for the successful conduct of the election.

As a governing party, we will take every step necessary to support the Federal Government to consolidate all the gains achieved.