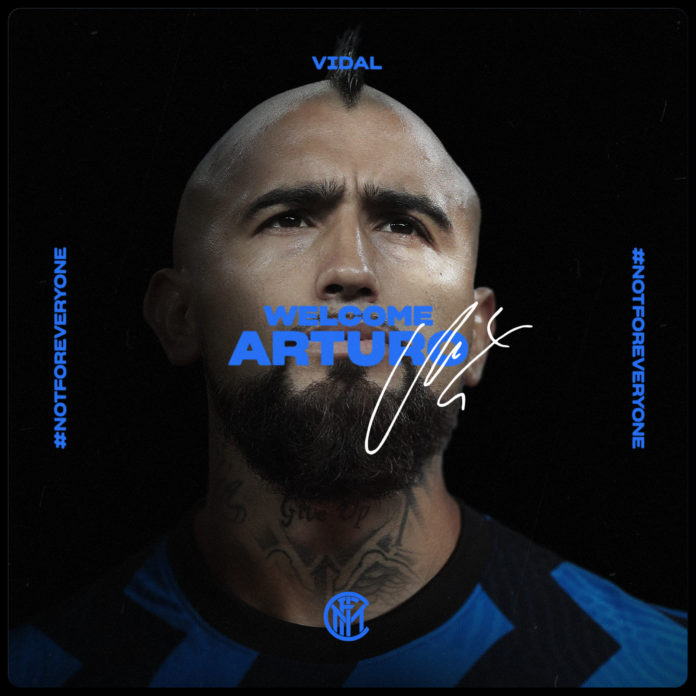 The Chilean midfielder has called time on his two-year spell at Camp Nou and made his way to San Siro.

Arturo Vidal has completed a €1 million switch to Inter from Barcelona, making his way back to Italy after a five-year absence.

Goal has learned that Vidal has committed his future to Inter through to 2022, with the option to extend his stay by an extra year included in the final agreement.

The 33-year-old has been handed a contract worth €6 million (£5.5m/$7m) per year, and will now be tasked with helping Antonio Conte’s side try to wrestle the Serie A title away from Juventus.

Inter confirmed his arrival in an official statement via their website on Tuesday, which reads: “Arturo Vidal is officially an Inter player.

“The Chilean midfielder has joined Inter on a permanent deal from FC Barcelona. From today, Vidal will be on the front line for the Nerazzurri, with the same objectives as ever: fighting, giving it his all, and winning.

“He will become the sixth Chilean to play for Inter. The first was Ivan Zamorano, another born fighter. He was followed by David Pizarro, Luis Jimenez, Gary Medel and Alexis Sanchez.

Barcelona have communicated the final fee of €1m in their own statement, while wishing Vidal well on his next adventure at San Siro.

The Chile international enjoyed a hugely successful previous stint in Italy with Juventus between 2011 and 2015, before joining up with German champions Bayern Munich.

He spent three years at Allianz Arena before being snapped up by Barca for €20m (£18m/$23m) in the summer of 2018, and extended his run of consecutive league titles to eight during his first full campaign at Camp Nou.

That streak came to an end last season as the Blaugrana were dethroned by Real Madrid in La Liga, with a humiliating 8-2 Champions League defeat by Bayern compounding a miserable year for the club.

Vidal is the latest man to exit Camp Nou amid an exodus which has also seen Ivan Rakitic, Arthur, Carles Perez and Marc Cucurella leave the club, with Luis Suarez and Nelson Semedo reportedly set to follow suit having been targeted by Atletico Madrid and Wolves respectively.