Home PUO NEWS ‘Voice Of The People Is Of God’ – Oba Of Benin Congratulates... 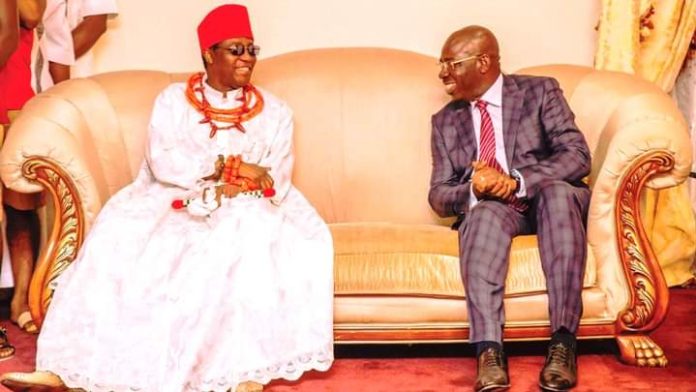 The oba said this in reaction to the victory of Godwin Obaseki, incumbent governor of Edo, at the poll.

In a statement on Tuesday by Frank Irabor, secretary to the Benin traditional council, the monarch urged the Edo people to support the governor “in his developmental strides in order to take Edo state to the next level”.

“As his royal majesty said on numerous occasions, the Benin throne is non-partisan; that on election day, let the people speak, because the voice of the people is the voice of God,” the oba said.

The monarch also thanked President Muhammadu Buhari for ensuring that the election in Edo was free, fair and non-violent.

“The National Peace Commission headed by his Excellency, General Abdulsalami Abubakar Rtd, GCFR, is appreciated for signing the peace accord among the gubernatorial candidates thereafter,” he said.

“Furthermore, the Independent National Electoral Commission, headed by Prof. Mahmood Yakubu, is also commended for a successful and peaceful election in Edo state.”

The oba also commended the security agencies “for a job well done”.

“The Omo N’Oba is grateful to the Almighty God for keeping them out of harm’s way,” he added.