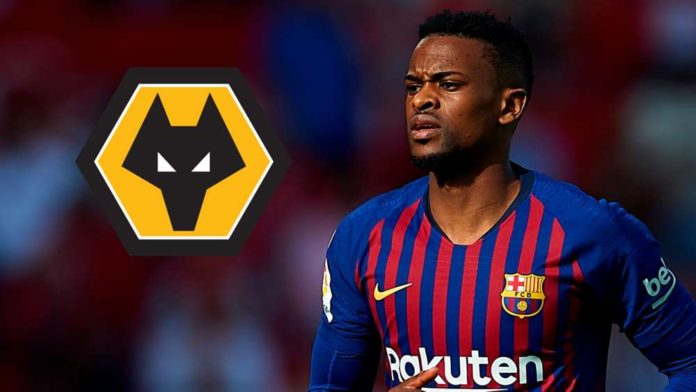 Wolves announced the signing of Portugal right-back Nelson Semedo from Barcelona on Wednesday for a fee that could reportedly rise to £37 million ($47 million).

The Premier League club announced the 26-year-old had signed a three-year deal at Molineux, with an option to extend until 2025.

The Portugal international, who made 124 appearances for Barcelona, joins Nuno Espirito Santo’s side after three seasons at the Nou Camp.

“I chose Wolves because it’s a very good team that plays very good football,” he told the club’s website.

“Last year they had a very good season and it’s a very important team in England, in also Europe. I hope this year we can do very good things.”

Semedo is looking forward to linking up with his compatriot Nuno.

He said: “Coach Nuno is a very good coach. He did very good things here at Wolves, and at other teams too. For sure, I’m going to learn a lot from him.”

The move will also unite Semedo with a number of his international team-mates.

Wolves executive chairman Jeff Shi said the signing was a coup for the club.

“Nelson’s signing shows we will never stop progressing and we are still hungry and humble in our heart.”

Mikel: Essien was the guy who really helped me at Chelsea