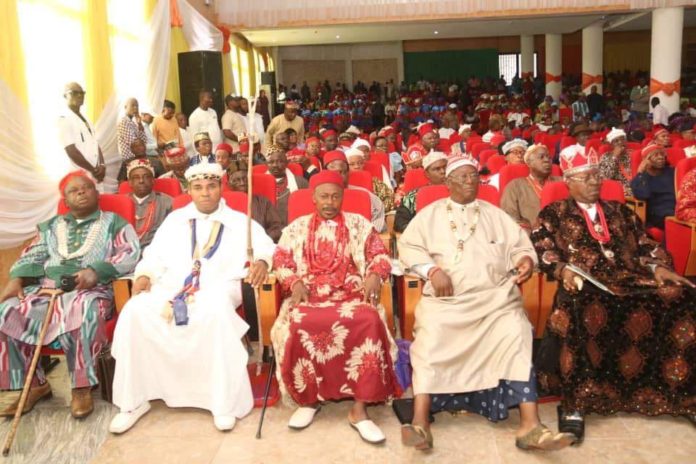 Apex Igbo youth socio-political organisation, Ohanaeze Ndigbo Youth Council, OYC, worldwide has claimed that three governors in the South East will lead a mass defection from the Peoples Democratic Party, PDP if the party fails to be open to zoning for the 2023 presidency.

OYC said this in a statement signed by Mazi Okechukwu Isiguzoro, its President-General; Comrade Obinna Achionye Deputy President General and Mazi Okwu Nnabuike, Secretary-General, where it also described the proposed emergence meetings of PDP Board of Trustees, BoT scheduled for November 18 and the party’s National Executive Council meeting coming up on November 19 2020 as the last opportunity for the party to revert back to zoning as enshrined in its constitution.

The OYC said that the party zoning formula favours Southeast for presidency come 2023.

“Failure of PDP BoT and NEC to stand down the NWC’s decision for an unconstitutional “open Contest” and revert back to zoning formula, will inevitably lead to collapse of PDP machinery in Southeast as three igbo Governors will lead igbos into mass defection from PDP to APC. This is the final warning to PDP,” OYC warned.

US Has contacted me for Possible Treatment For Coronavirus – Maurice...