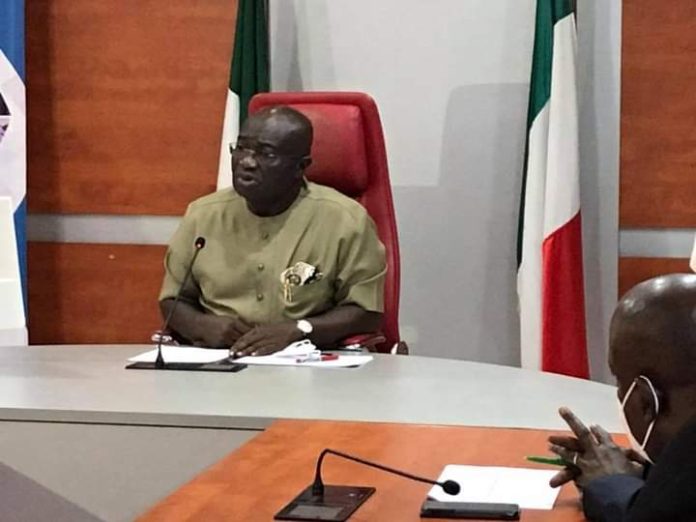 The Governor of Abia State, Dr Okezie Ikpeazu says his government is ready to collaborate with the Ohuhu Development Foundation to revitalize the Ulonna Farm settlement for the betterment of Abians.

The Governor has therefore directed the Commissioner for Agriculture, Professor Ikechi Mgbeoji to immediately commence discussions with the Ohuhu Development Foundation and relevant bodies with a view to producing a workable plan for the take off of the project.

Governor Ikpeazu was of the view that the revitalization of the Ulonna Farm Settlement will create job opportunities for our youths as well as ensure food security and needed raw materials for local use and for export.

Governor Ikpeazu made it public that containers of machines from India for the take off of the initial cottage industries for the seven pilot local governments have arrived the state.

According to him, Late Dr Michael Okpara left behind indelible footprints in the Agricultural Sector and promised not to let his efforts be in vain even as his government has been able to take bold steps in the agricultural sector especially in the area of rice and palm oil production.

Dr Ikpeazu said there was need for the setting up of a platform to add value to Agriculture, adding that the dream to create an agro cluster in Umuahia for agro value remains aglow.

Earlier, the Leader of the delegation and former Chairman of the Niger Delta Development Commission, Chief Onyema Ugochukwu said that they are concerned about the state of Ulonna Farm settlement which has not been put into good use over the years.

He disclosed that the Ohuhu Development Foundation is interested in promoting the rapid development in Ohuhu land, hence their resolve to seek the Governor’s approval to develop a programme for reviving the farm settlement for the benefit of Abians.

Presenting their proposal to the Governor, a member of the foundation, Chief Enyinnaya Onokala said they intend to develop Ulonna Farm settlement to a modern Agricultural Business producing competitive cash crops with value addition for the major domestic and export market.