…says, VP slot not for Southeast, carpets PDP over statement

The apex Igbo socio-cultural Organisation, Ohanaeze Ndigbo, says they will only support any political party that cedes the 2023 presidential slot to the zone

The group further says any person or party planning to give Ndigbo the Vice presidential position in 2023 should forget it.

The President of Ohanaeze in Anambra State and a member of the National caucus of the group, Chief Damian Okeke -Ogene, told The Nation Tuesday in Awka that it was still premature to discuss 2023 at this point in time as it was still a long way to go.

He said even those who were nursing the presidential ambition had not been able to come out to declare their interest, adding that, any Igbo that got the ticket from any of the political parties would automatically be Igbo candidate 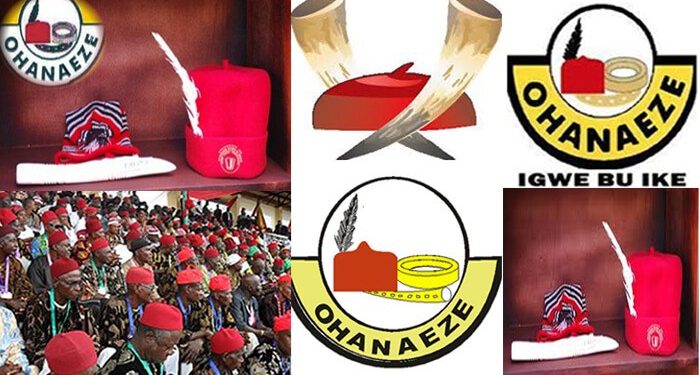 Okeke -Ogene said no political party had really come out to cede the presidential slot to any of the zones in the country, adding that Ndigbo would make official statement on the issue after the party primaries by the parties in due course.

Also, the Southeast youth leader of Ohanaeze Ndigbo, Ambassador Arthur Obiora, has described as treacherous the statement credited to Senator Walid Jibrin, the Board of Trustees BoT Chairman of the People’s Democratic Party PDP that Southeast has not officially requested that presidential slot be ceded to them.

According to the Ohanaeze leader, “It is treacherous and heavy betrayal for a party that the Southeast has given about 80% support since 1999 to turn around and ask them to come cap in hand and beg for its Presidential ticket, let it be known that we are bigger than that.

“PDP is not being sincere to themselves and can no longer be trusted by the Igbos. We stand on natural justice, equity and fairness. In this country, there is unsigned policy that power should rotate between the South and the North.

“After PMB tenure, it is natural that power should return to the South and in the South, all other zones had enjoyed the presidency except the Southeast which are predominantly Igbo.

“We align to the position of our parent body and all reasonable people of goodwill that Ndi Igbo will go with the party that demonstrates willingness to accommodate and cede their Presidential ticket to Igbo man,” Obiora said.

Before now, the leader of Ohanaeze in Diaspora, Dr Nwachukwu Anakwenze, had told reporters in Awka, Anambra State that Igbo would organise a rally on December 27, 2020 in all the Igbo States to drive home their point of the 2023 presidency.

He said the solidarity march would involve the Southeast Governors, the Bishops of all Churches and other stakeholders in the zone

The Ohanaeze Diaspora leader, said President Muhammadu Buhari, the leadership of both PDP and the All Progressives Congress APC, had been written to that effect

Anakwenze, who is also, Chairman, Igbo World Assembly (IWA) and leader of ASA -USA, maintained that the import of the letter to Buhari and the two leading political parties was to tell them to pick Igbo man for the position in 2023

He hailed Ohanaeze President General, Chief Nnia Nwodo for being a shining example for his people, adding that Igbo had credible and educated persons to lead Nigeria in 2023

He said those to be considered to vie for the Presidential seat from Igbo land were, present and past Governors from the five Eastern States, including Senators and House of Representatives members who did well in their tenures

According to him, “true democracy and freedom is what we want for ourselves as Nigerians and Africa as a whole. Our history in Nigeria clearly shows that Ndigbo have always stood for democracy and fair play for all.

“We do not believe or promote religious based politics and ideology. We want a Nigeria where the majority’s right is balanced with the minority’s right

“We want a Nigeria where the various ethnic groups feel that they have a stake in the future of the country,” Anakwenze said.