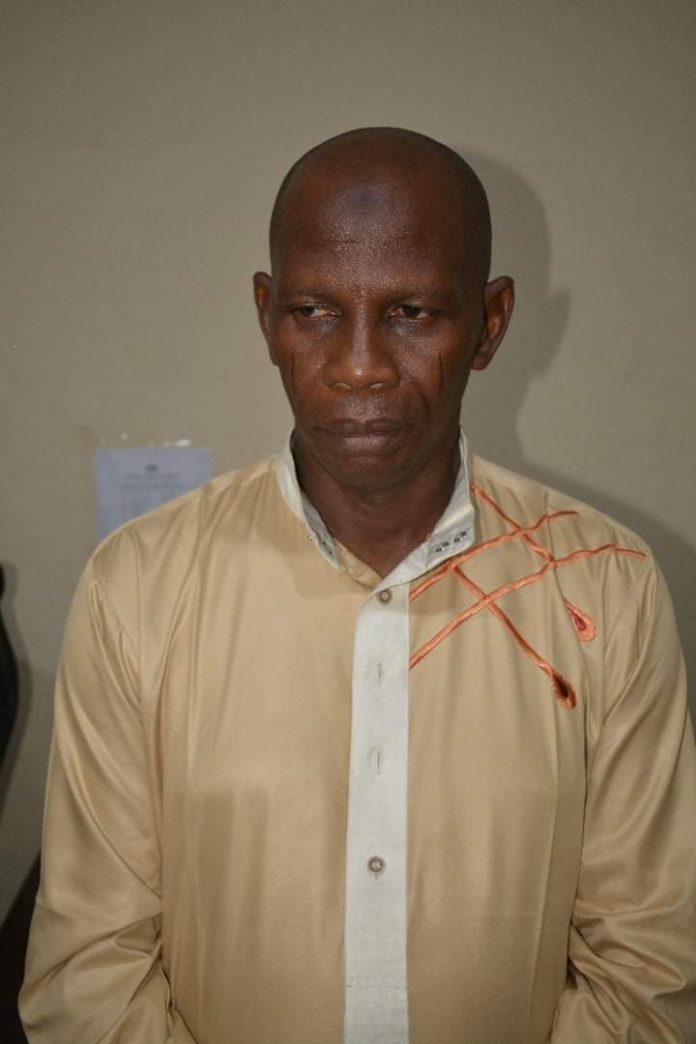 Abubakar Mohammed Sani, a serving Deputy Comptroller of Nigerian Correctional Service, NCoS, was today arraigned by the Economic and Financial Crimes Commission, EFCC, before Justice Hadiza Sabi’u Shagari of the Federal High Court Katsina on a six count charge of conspiracy and obtaining by false pretense.

The defendant allegedly used his position as an officer of the Katsina Command of theNigerian Prisons Service (as it then was) and obtained a total sum of N2,850,000 (Two Million Eight Hundred and Fifty Thousand Naira ) from some persons under the guise of helping them secure employment into the Prison Service.

Upon receipt of the complaints against the Officer, the Commission swung into action by inviting him but the defendant was evasive until August 26 , 2020, when he finally reported. After questioning, he was granted administrative bail on self recognizance which he later abused and absconded. Consequently his arraignment was twice adjourned due to his absence in court.

The charge against the defendant read that you, “ Abubakar Mohammed Sani while being Deputy Comptroller of the Nigerian Prison Service (now Nigerian Correctional Service) on or about 20 December, 2012 in Katsina within the Jurisdiction of this Honourable Court with intent to defraud obtained the sum of N305,000 (Three Hundred and Five Thousand Naira Only) which you caused to be deposited into your UBA account number 2030252055 under the pretense of securing a job for Umar Himma, Surajo Ibrahim and Abubakar Gambo in the Nigerian Prison Service now (Nigerian Correctional Service), which pretense you knew to be false and you thereby committed an offense contrary to section 1(1)(a) and punishable under section 1(3) of the Advance Fraud and Other Fraud Related Offences Act 2006”.

The defendant pleaded not guilty to the charge.In view of his plea, the prosecuting counsel, Usman Shehu requested the court for a trial date. But the defense counsel, G.U Jafaru applied to move a motion for bail on behalf of the defendant.The court allowed the motion as the prosecution had already filed a 12-paragraph counter affidavit, opposing the bail application.

Consequently, the court ruled that the motion was not ripe for hearing until all correspondence are before the court.

The court remanded the defendant in EFCC custody and adjourned the matter till December 1, 2020 for hearing of the bail application.