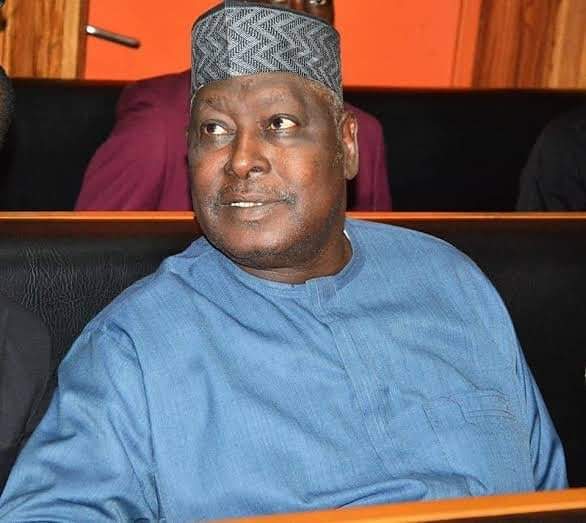 A former Secretary to the Government of the Federation, Mr Babachir Lawal, and six others have been re-arraigned at the High Court of the Federal Capital Territory (FCT) in Jabi, Abuja.

Lawal and others appeared before Justice Charles Agbaza on Monday over an alleged fraudulent N544m grass cutting contract.

The defendants were brought to the court by the Economic and Financial Crimes Commission (EFCC) which filed charges against them.

When the amended 10 counts of fraud were read to them before the judge, all the defendants again pleaded not guilty.

The re-arraignment, which is the second time since the case started, followed the death of the former trial judge, Justice Jude Okeke, on August 4, 2020.

The defendants were initially arraigned before Justice Jude Okeke on February 13, 2019 – about one and half years after President Muhammadu Buhari sacked Lawal as the SGF.

With the defendants’ plea of not guilty to the charges, the defence lawyers pleaded with the judge to allow their clients to continue to enjoy the bail already granted them by the former judge.

In his ruling, Justice Agbaza adjourned the case until January 20 to 22, 2021, for the trial of the defendants.

The EFCC claimed in the 10 counts, among others, that the defendants fraudulently converted cumulative proceeds of grass cutting contracts worth over N500 million which the former SGF allegedly awarded to the companies in which he had interests.

Lawal, and another top government official – the former Director-General of the National Intelligence Agency (NIA), Ambassador Ayodele Oke, were hit with corruption allegations which led to their suspension in 2017.

While Lawal was suspended for allegedly violating the law and due process in the award of contracts under the Presidential Initiative on the North East (PINE), Oke was suspended after the EFCC discovered a huge amount of foreign and local currencies in a residential apartment in the Osborne Towers, Ikoyi, Lagos.

Days after the EFCC made the discovery, the NIA claimed that the funds belonged to it and that they were meant for a covert operation, but the apartment was later discovered to belong to Oke’s wife.

This prompted President Buhari to set up a panel chaired by the Vice President, Professor Yemi Osinbajo, to investigate the allegation against both men.

On August 23, 2017, the investigative committee submitted its report with recommendations to the President, but President Buhari did not take a decision until after two months.