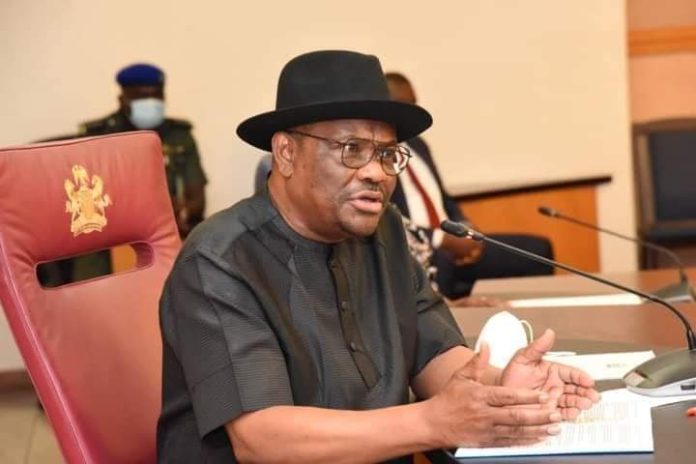 The approval was given during the council meeting on Monday, 30th November 2020, which was presided over by the State Governor, Nyesom Ezenwo Wike at the Banquet Hall of Government House, Port Harcourt.

Commissioner for Finance, Mr. Isaac Kamalu who briefed journalists after the meeting said the proposed budgetary estimate will help government to accomplish all ongoing projects in the state and also enable the government to make life better for the people.

Mr Kamalu, who is also supervising the affairs of the State Ministry of Budget and Economic Planning, said the council also approved the Medium Term Expenditure Framework for the State for 2021-2023.

Also addressing the journalists, Commissioner for Information and Communications, Paulinus Nsirim said the council further approved a budget for use by the Rivers State Independent Electoral Commission (RSIEC). The budget will enable the State electoral umpire to conduct the 2021 Local Government election in the State.

According to him, a total sum of Two Billion, Seven Hundred and Forty Seven Million, Three Hundred and Fifty One Thousand, Four and Five Naira, Thirteen Kobo (N2,747,351,405.13) was approved for RSIEC, which is expected to conduct the local government election in line with 1999 constitution.

The Information Commissioner, further said that the council also approved the construction of a new motor park within the precinct of the newly commissioned Rebisi Flyover, which is intended to curb activities of illegal park operators in that axis.

“This is in line with the urban renewal vision of His Excellency. Recall that the new Rebisi Flyover Bridge that was commissioned a few weeks ago has changed the landscape and skyline in that vicinity.

“And to ensure that the illegal motor park around the flyover does not deface the aesthetics that have been achieved, government is acquiring land near the flyover bridge to build a befitting motor park for them.”