Justice Monica Dongban-Mensem the President of the Court of Appeal, has lamented the widening gap between the wealthy and the downtrodden in the country.

Justice Dongban-Mensem urged governments at all levels in the nation to initiate deliberate policies aimed at bridging this widening gap to enable more people feel the impact of government.

She said: “If there is a deliberate and conscious attempt to ensure that there is equity, balance in the distribution of wealth, such that the not so wealthy or totally downtrodden are given an opportunity to participate in the economic development of the nation, I think a lot of our problems would be solved.”

The PCA spoke in Abuja while playing host to delegation from the Federal Competition & Consumer Protection Commission, (FCCPC), led by its Executive Vice Chairman, Babatunde Irukera at the Court of Appeal headquarters.

She charged regulatory agencies, including the FCCPC to work on ways of ensuring strict enforcement of existing laws to ensure that products brought into the country are of good standards.

“When you look at products coming into Nigeria, you will realize that Nigeria is being taken very much for granted. I know that some people prefer to buy products made for use in Europe than the ones made for Nigeria.

“Unfortunately, some of our businessmen go out and ask that the minimum standard should be made and brought for us. So once you buy, you are on your own.

“Sometimes, some of the products that come into this country we buy them as new, but in reality, they are not even second-hand, maybe they are tenth-hand or they were deliberately fabricated not to work at all.

“So we end up with a lot of junks in our nation and we have no means of cleaning up our environment, we are like a dumping ground.” 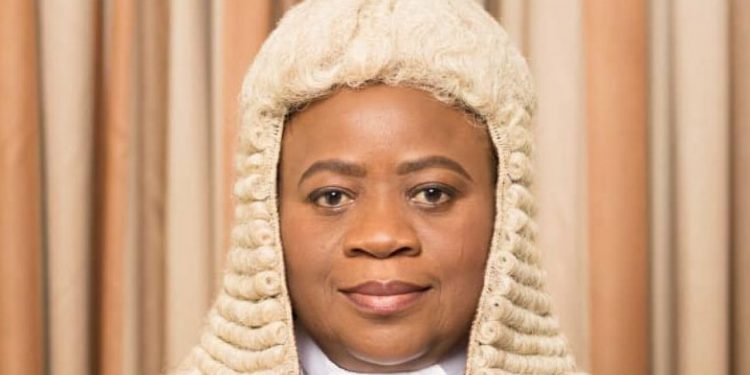 Another Justice of the court, Justice Peter Ige suggested that the clamour for restructuring should be directed at making the various provisions of chapter two of the justiceable so that the people can feel the essence and benefit of governance.

Justice Ige said: “You do know that Chapter 2 of the Constitution is non-justiciable provision.

“When people talk about restructuring and all the rest, one would have thought that everybody will concentrate on Chapter 2 of the Constitution and make our National Assembly to make them enforceable.

“This is so that everybody will know that all these rights or provisions, which is the purpose of government that are provided for in Chapter 2, we can enforce them and everybody can enjoy the benefits of governance, whether politically, socially, economically, commercially or otherwise”.

Irukera said the visit was to intimate the court about operations of his commission, particularly its newly enacted Establishment Act, and seek ways they could cooperate for the benefit of the Nigerian consumers.

He added: “The FCCPC is keenly interested and looks forward to the Court of Appeal’s kind indulgence in collaborating with the agency.

“One of our more urgent and crucial objectives is a knowledge sharing opportunity where we present more in-depth analysis of the FCCPA through knowledgeable faculty working with and through the National Judicial Council, and learning from this senior bench too, what the judicial considerations are in dispute resolution, as well as how best to present questions of law for the fairest and most meaningful outcomes and disposition.”

There Is Nothing New In Buhari’s 59th Independence Day Speech –...