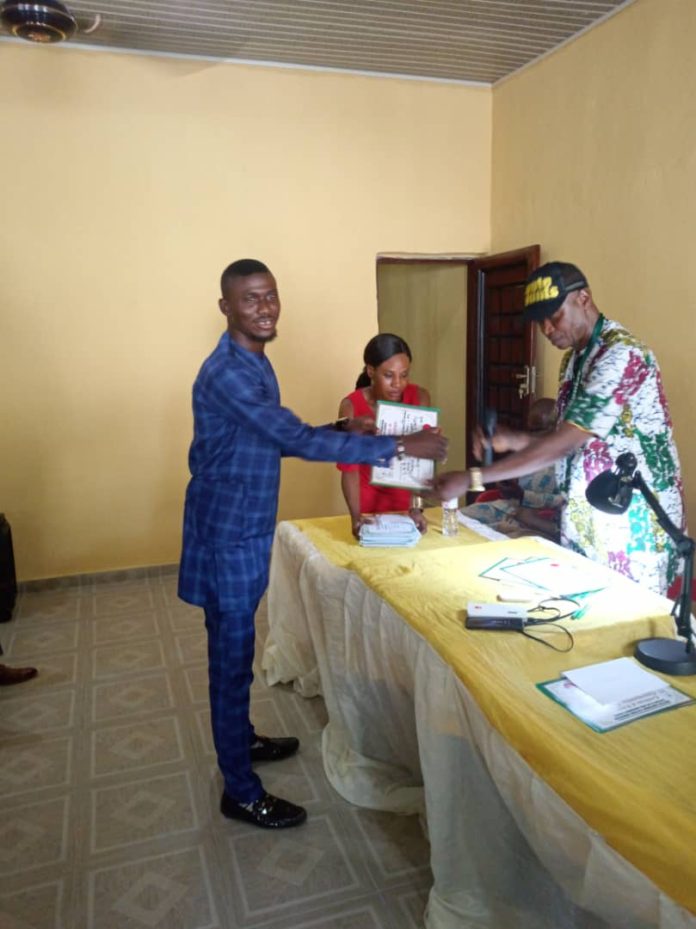 The Abia State Independent Electoral Commission has presented Certificate of Return to Chairmen, Deputies and Councillors who emerged victorious at the Friday 18th December, 2020 Local Government elections held across the state.

Presenting the Certificate at the Headquarters of the Commission in Umuahia, the state capital, the ABSIEC boss Prof. Mkpa Agu Mkpa congratulated the winners and enjoined them to ensure even development of the grassroots.

Speaking after the receipt of the certificate the Chairman of Ohafia Local Government expressed his delight at the confirmation of his mandate. He noted that it’s not going to be business as usual as he is coming on board with a different kind of leadership principles.

He explained that his local Government will be reckoned with in his time.

Also speaking the Deputy Chairman, Bende Local Government Area, Promise Uzoma Okoro says he is not only elated but happy that the Governor backed up his words with action by giving the youths opportunity to be part of the elections.

He called on youths in the state to keep hope alive as there are better days ahead.

The media practitioner also urged the media to be at their best especially in reporting activities in the state.

The elected Chairmen, Deputies and Councillors will be inaugurated tomorrow December 22nd, 2020.