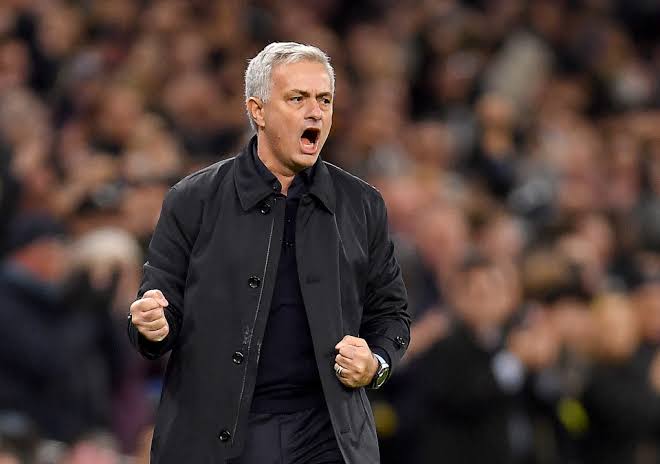 The manager says his side have to temporarily forget about their spot at Wembley as they face fights in other competitions.

Tottenham manager Jose Mourinho says his team must put their place in the Carabao Cup final in their back pocket as they look ahead to a busy few weeks before they head to Wembley.

Spurs booked their spot in the Carabao Cup finale on Tuesday as goals from Moussa Sissokho and Son Heung-min lifted Mourinho’s side to a 2-0 win over Brentford.

They’ll now await the winner of the other semi-final, which will pit rivals Manchester City and Manchester United against one another on Wednesday.

That finale, though, will be held in April, giving Spurs several months to focus on matches in the Premier League, Europa League and FA Cup.

And Mourinho says it is vital that his team does not look too far ahead, even if he is proud of leading his team to a final in his first full season at the helm.

“It’s a game that takes us to a final, probably, but I hope not, an empty Wembley final but of course I’m very happy. We’ve had London derbies and other games but this is the match that took us to a final,” he told Sky Sports.

“The final is now in a pocket for three months, we have to wait for the final so we have to focus on what we have coming up. We have the FA Cup, the Premier League, the Europa League, so let’s forget the final for now. But when April arrives we have to be ready and to fight for the trophy.

“The game was always under control, They had the offside goal, when the ball goes in the air you cannot press the ball, you just have to try to get to the first and second ball.

“There was penetration on the right side and Davinson Sanchez was clever not to touch the guy. We didn’t play brilliantly, sometimes wrong decisions, sometimes one more touch, not with that soft control that allows you to play fast but the game is always under control against a team that will probably be in the Premier League next year.”

Mourinho’s assessment of Brentford was matched by Eric Dier, who was full of praise for the Championship club.

Brentford currently sit fourth in the Championship, six points behind league-leaders Norwich City, and Dier believes that Tuesday’s opponents wouldn’t be out of place in the top flight.

“We’re really happy to be in the final after a really difficult game against a very good side, Brentford are just as good as a lot of teams in the Premier League,” Dier told BBC 5 Live.