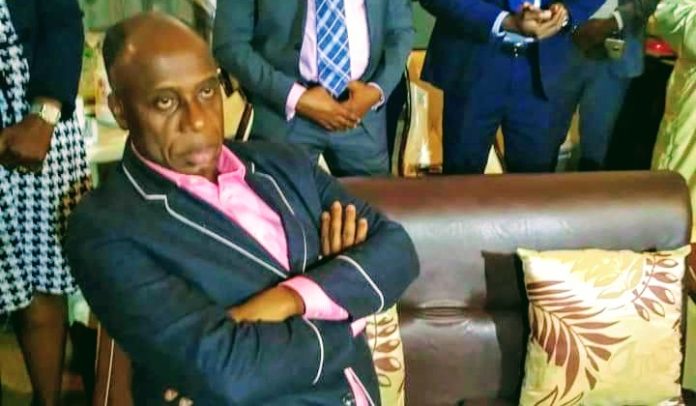 Spread the post
On Tuesday a cross-section of Nigerians has criticised the Minister of Transportation, Chibuike Amaechi, for refusing to speak against the farmers/herdsmen clashes in most parts of the country.

During a Channel Television’s programme, Sunday Politics Amaechi, refused to comment on the farmers-herders crisis because his ministerial position restricted him from speaking on such matters.

When asked to comment as a political leader, Amaechi said: “How does herders crisis affect transportation, you have to ask 200m Nigerians before asking me.

“Nigeria gave me responsibility of transportation, I leaf my wife at home so I will tell her my position when I get home.”

His comment has since stirred reactions on social media from Nigerians who condemned him for being non-challant about lives of people and unaccountable by evading the question.

@Tii_cee “He evaded that question because he didn’t want to offend his paymasters and also because he suspects the party may not win the forthcoming election. “Better to be passive about it than choose sides, maybe posterity will be fair to me.”

@Raymond “ Rotimi Amaechi’s interview on Channels Tv, you see how Buhari’s style of governance has caused those around him to see government as not accountable to Nigerians. “

@DavidEboh5 “ He is a Nigerian, and occupies position in government under his political party that is in power. He has three good reasons to answer questions.

1. As a member of the ruling govt.

2. Personal opinion as a Nigeria

3. As party member of the ruling party.

Security is common issue for all.”

@Onaarapeter “ It’s pathetic how a minister of the federal republic of Nigeria will distance himself from the affairs of security, which is major. Trains pass thru forest. Herders and farmers clash in the forest. He is just not taking responsibility. I don’t care attitude.”

@Olurops “Trying to play safe so he can continue to take his share from National cake. Shameful.”

@Seyi_ro “ Do this in some other countries and he’s getting sacked within the hour. So disrespectful and nonchalant.”

@Jumbofelix “ These people no rate us at all. Irresponsible behavior on National TV.”

@Festus_bammy “ Movement of cow from north to south it has something to do with transportation.”

@Jonesyinka “ Amaechi’s relationship with this regime is transactional and nothing more. He had invested in bringing APC to government and being a minister is how he’s to recoup his investment and that alone is his business. Every other thing is aside the point and thus, not his business.”

@Johndfocus “ Simply put these people are foolishly been loyal to Buhari, they care less about public interest and not worthy to even near public office.”

@Pdalm862 “ Amaechi knows what he is supposed to say but he must not say it, he dares not speak against the present government that gave him the seat, so he was only creating drama to move away from the answer.”

£211m: What Abacha’s N80 billion loot could do for Nigeria