Home FEATURED Agboola to Fayose, “You are a political liability” 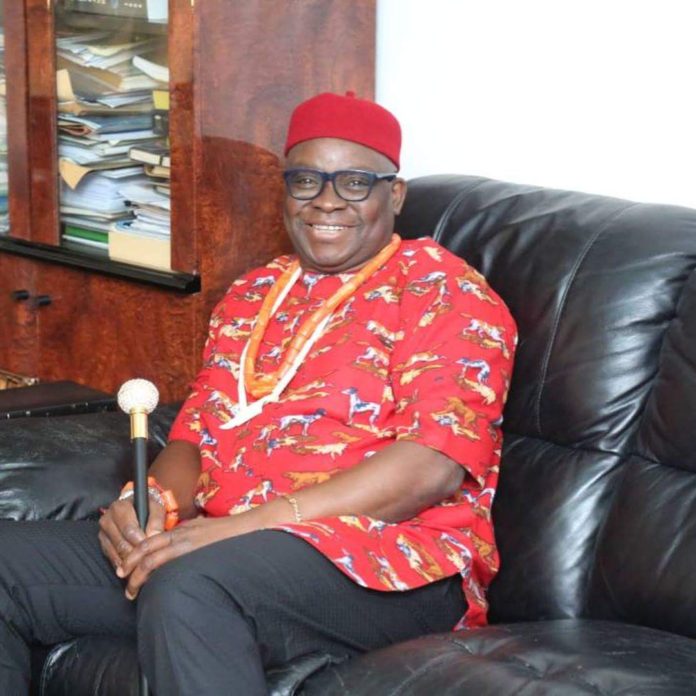 A former Governor of Ekiti State, Peter Ayodele Fayose has been described as a political liability to the Peoples Democratic Party (PDP).

On Thursday a former Deputy Chief Whip of the Senate, Hosea Agboola stated this while welcoming loyalists of former Governor Rashidi Ladoja to the PDP from Zenith Labour Party, at the Government House, Ibadan.

Agboola described Fayose as an opportunist.

Agboola, an ally of Oyo State Governor, Seyi Makinde was reacting to a video where Fayose referred to Makinde as a baby Governor, adding that it was uncharitable for Fayose to have described a sitting governor as such.

“Such a statement from Fayose to a serving governor and leader of the PDP in the South-West is most uncharitable and in bad taste.

“Governor Makinde before venturing into the public service had made tremendous success as a businessman. He rose from there to win a landslide victory as the gubernatorial candidate of the PDP in the 2019 election.

“And the 2019 electoral victory came at a time both the state and Federal Government were being controlled by the ‘almighty’ All Progressives Congress, yet Makinde triumphed and won to prove the bookmakers wrong”, Agboola said.

According to him, Governor Makinde is achieving so much as Oyo State is witnessing turnaround in education, health, infrastructure and the economy.

Describing Makinde as a man with magic wand, Agboola wondered how he could be a baby governor to Fayose, arguing that he must have woken up from the wrong side of the bed before making the statement.

Agboola further posited that if not for posterity, Fayose should not be replied, insisting that he failed as a politician in his home State.

“Here is Fayose, who had only won elections when the PDP ruled at the centre. His ambition to become a senator in 2011 under the Labour Party was futile, which shows he wins only when the PDP holds sway. Makinde won when opposition was and still at the centre”, he added.