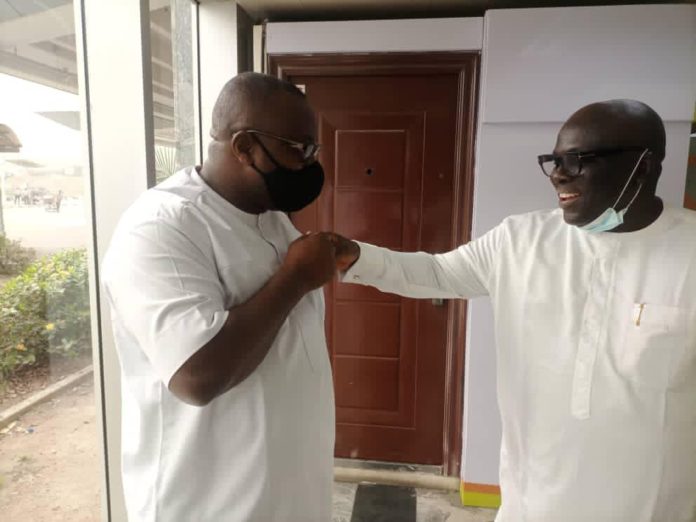 The member-elect Aba North and South Federal Constituency has played host to the former commissioner for finance , Mr Obinna Oriaku.

A source at the meeting which held at Immaculate Hotels and Suites, Wuse Zone 2, Abuja reported that Obinna came to show solidarity and pledged to work with the member elect to bring dividends of democracy to the people of Aba North and South.

According to Obinna, ” Election has come and gone, it is time to face governance. I will work with you to bring good dividends to Aba “.

It could not be ascertained whether his move to meet Ebisike at Abuja was to clear himself over a careless statement credited to him in his press release, wherein he said that Ebisike’s victory was ‘Delusive ‘.