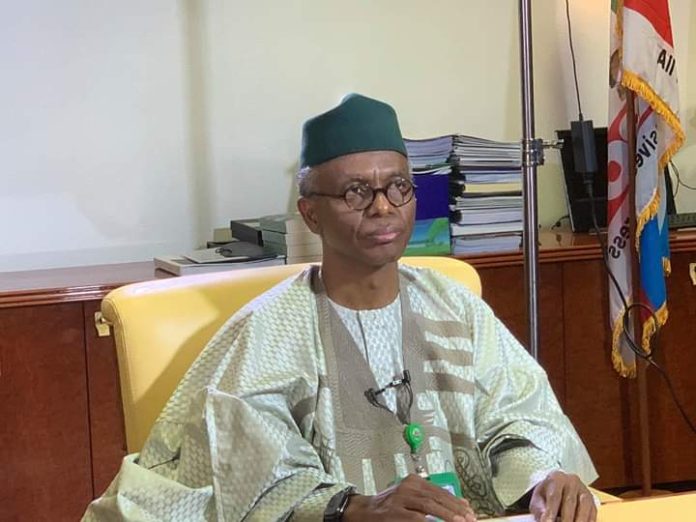 The Governor of Kaduna State, Nasir El-Rufai has mocked a former presidential aide, Reno Omokri over the protest he organised against President Muhammadu Buhari in London on Friday.

Buhari on Tuesday jetted out to London where he is expected to spend a minimum of two weeks carrying out routine medical checkup.

However, Nigerians living in the UK, in protest against the President’s medical visit, trooped to the Abuja House in London, demanding that he is sent back to Nigeria.

Omokri, a former aide to ex-President Goodluck Jonathan, who shared a video on Twitter, showed the protesters at the Abuja house grounds making the demand.

Omokri described the protest as a resounding success and claimed he was the convener of the ‘Harass Buhari Out of London’ rally.

The former presidential aide said the police could not stop the protest because it was held in strict compliance with COVID19 protocols with protesters massing in groups of six.

During the protest, Omokri had accused Buhari of being irresponsible, saying the President left Nigeria for a medical trip the day resident doctors were embarking on a nationwide strike

He told his listeners that Buhari has been in office for over 5 years but has failed to initiate, start and complete even one hospital.

Omokri claimed that over N10 billion has so far been budgeted for the Aso Rock State House Clinic in the five years that Buhari has been President but alleged there was nothing to show for the monies spent.

Insecurity: If Southern Governors expect Buhari to act, they waste their...

Buhari in a conference meeting with service chiefs