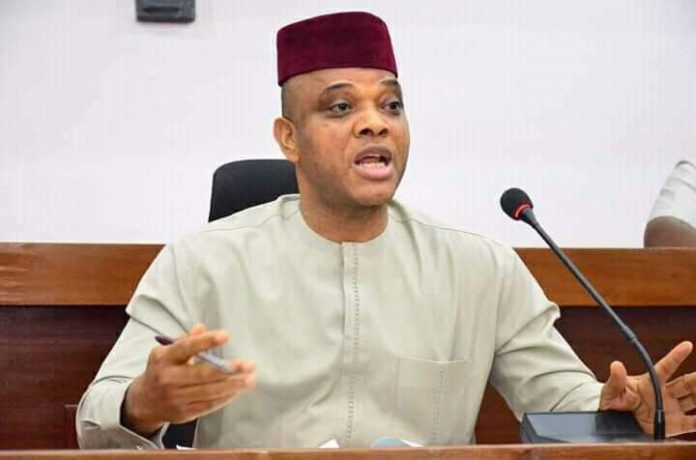 The Abia State House of Assembly has cautioned its Deputy Minority Leader, Hon Chijioke Chukwu over his recent comments which the Assembly view as “disruptive and destructive” to the good governance of Abia State.

In a statement signed by the Deputy Speaker and Chairman House Committee on Media, Rt Hon Ifeanyi Uchendu, on behalf of the Speaker, Rt Hon Chinedum Enyinnaya Orji, the House warned that it will no longer look on while one of its Members continue to unduly attack the Governor of Abia State, Dr Okezie Ikpeazu “whose administration has been making genuine and concerted efforts to resolve the challenges facing Abia State.

“While the Assembly welcomes criticisms, it is its belief that such should be fair and constructive. The challenges being harped on by Hon Chijioke Chukwu are not peculiar to Abia. And rather than play cheap politics with the efforts of government at tackling the issues, genuine leaders are expected to engage constructively. But this is not the case with Hon Chijioke Chukwu.

“We hope he desists from such disruptive and destructive tendencies soon enough”, the statement concluded.

PDP to Conduct State Congress in Abia on Saturday