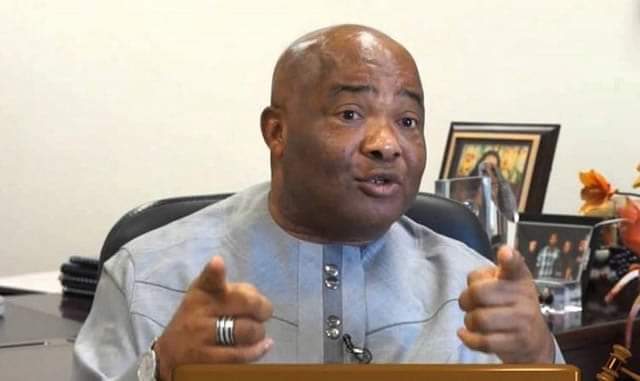 On Monday, an Apex Igbo socio-cultural organization, Ohanaeze Ndigbo, said Governor Hope Uzodinma of Imo State should be held responsible for the recent security breaches in the State.

Recalls that the security challenges in the South-East worsened early Monday with the coordinated attacks on a correctional service facility in Imo State, as well as the Imo State Police Command Headquarters.

Reacting, the Engr. Chidi Ibeh-led Ohanaeze said the invasion of Orlu areas weeks ago by the military on Uzodinma’s invitation was responsible for the security crisis.

In the statement signed by the Secretary-General, Mazi Okechukwu Isiguzoro, he said “the uprisings, waves of violence and banditry in Imo State within the last 48hrs is a revengeful mission and well coordinated reprisal attacks against the Government of Imo State in response to the Governor’s acceptance of Military action and airstrikes against peaceful Eastern Security Network and IPOB members at Orlu recently.”

He said, “Ndigbo had previously warned Governor Hope Uzodinma of the consequences of his impulsive actions against ESN in appeasement of his paymasters.

“Consequently, Imo state Governor should now accept the full responsibilities of violence perpetrated in Owerri in the early hours of Easter Monday.

“The pattern and uniformity of the modus of operandi of the perpetrators shows there are evidences of a well coordinated serial attacks in almost police stations in all igbo states at the early hours of each day, with the sole targets of amassing ammunitions for the possible full scale banditry in the South-East, but the new dimension of the attacks at Owerri Correctional facility points that the perpetrators had equally released their members recently incarcerated by Imo State Governor over Orlu crisis.”

However, the Ohanaeze called for a ceasefire and reminded the perpetrators that “dialogue remains the best weapon of resolving conflicts and disputes and there are laid down procedures to nip at the bud these fast rising monsters in Southeast, which requires drastic measures.”

On the way forward, the Ohanaeze scribe said, “Governor Hope Uzodinma should tender unserved apologies to Ndigbo for his non-consultative military actions in Orlu crisis and incarceration of innocent people and rescind most of his unpopular anti-Igbo decisions and policies.

“Southeast Governors must establish the regional Southeast security Network to engage the Youths to defend our territories without further delay with full backing of the law.

“The EndSARS FG Youth Empowerment funds should be shared equitably in all the 95 LGAs of Southeast.

“Anti open grazing laws must be uniformly enacted in all the Southeast Houses of Assembly and signed into law by Southeast Governors without further delay.

“Southeast Governors should de-proscribe the activities of IPOB and persuade FG to remove the terrorist tag on them.

“Southeast will gradually become another Northeast if our political leaders, opinion leaders, religious leaders keep quiet as evil triumph before us; this is the best time to uproot these menace growing up in the East.”

History will vindicate us for the quality of our work –...