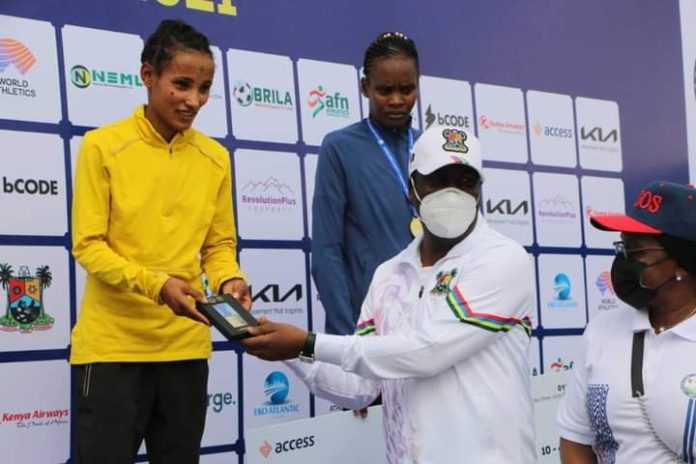 Speaking during the 2021 Access Bank Lagos City Marathon, Governor Sanwo-Olu, who was represented by his deputy, Dr. Kadri Obafemi Hamzat stated that the Lagos Marathon which started six years ago has helped in promoting tourism and development.

According to him, “The Lagos City Marathon is very important to us all because it also a way of keeping healthy and there is a need for it to continue. I urge Lagosians to aspire to do better in the course of the race as participating in the marathon requires a lot of dedication”.

While assessing the organistaion of the marathon and compliance to the COVID-19 protocol, Sanwo-Olu stated that the event was a huge success, adding that the race should have taken place before now but due to the COVID-19 pandemic it was moved forward with the number of participants scaled down.

He advised Nigerians to continue to adhere to the COVID-19 protocols, saying “COVID-19 is still with us, but thankfully it is not as rampant as it is in other parts of the world”.

Earlier in his remarks, the Group Managing Director, Access Bank Plc. Mr. Herbert Wigwe, stated that the Lagos City Marathon has witnessed over 50,000 participants from different African countries annually in the past few years.

He disclosed that “In comparison to other years, the 2021 edition of the Marathon has the lowest turnout of 300 participants. Not because of a reduction in the importance or interest in the event, but because of the need to follow strict COVID-19 protocols to ensure the safety of all attendees.”

Wigwe stated that the current breakthrough in science has made the organisers of the Lagos Marathon hopeful that next year’s event will have more people return to the tracks.

The race, which started at 6:30 am from the National Stadium, Surulere, finished at Eko Atlantic City, Victoria Island Lagos, with 300 participants including International and Nigerian Athletes.

Emmanuel Naibei, a Kenyan took the first position, while Daresa Geleta and Demiso Legese Gudeta, both Ethiopians came second and third respectively in the male category. In the female category, Meseret Dinke, an Ethiopian emerged tops. Istifanus Peter Mahan emerged as the first Nigerian to finish the race.