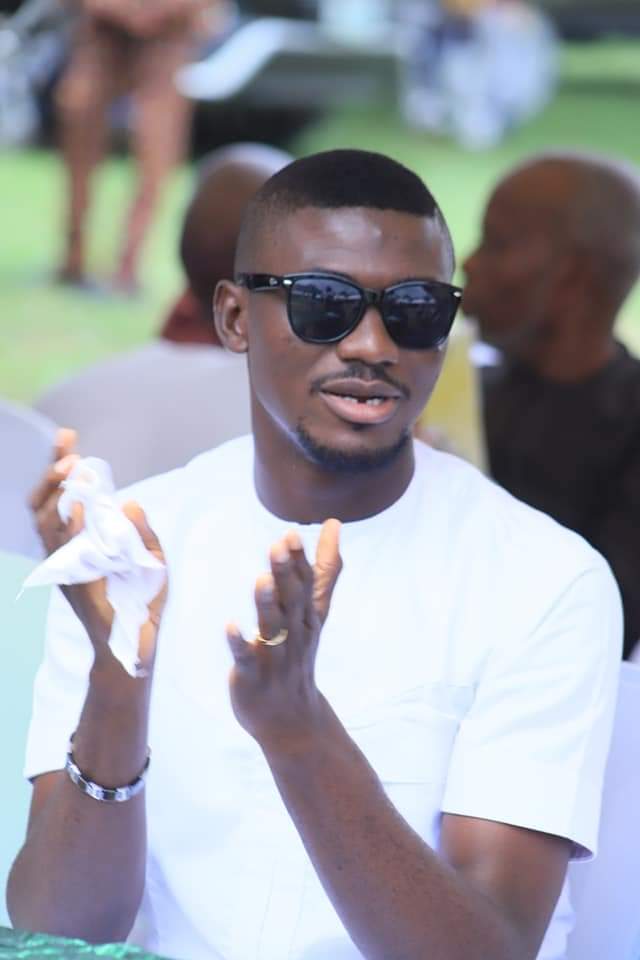 The Alayi Central School, Alayi in Bende Local Government Area will tomorrow be agog as friends and well-wishers will join the pulpils of the school to celebrate the 30th birthday of one of their proud old boys and incumbent Deputy Chairman of Bende Local Government Area, Hon. Promise Uzoma Okoro (PUO), whose life has been decorated by uncommon grace of God Almighty.

Born in Alayi, Bende Local Government Area, on Monday 15th April 1991 , the Young Promise who was not born with a Silver Spoon picked courage and today is being Celebrated as one of the Youngmen whose lifestyle is worthy of emulation.

Speaking recently on his forthcoming Birthday celebrations, the celebrant, Hon. Promise Uzoma Okoro said the celebration was necessitated by the uncommon grace extended to him by God.

He narrated how God lifted him from nobody to somebody, zero to hero and of course, from a very low estate to now an elected Deputy Local Government Chairman.

The Lord brought him out from a miry clay, dusted him up and planted his feat on a solid rock. Hon. Promise Uzoma Okoro disclosed that life was not easy for him at all as he involved himself in many endeavours to make ends meet.

According to him, in 2008, he returned to the village from Ahoada in Rivers State over the kind of maltreatment meted against him by a relative who he lived with.

After staying with his mother, Deaconess Oyidiya Okoro for a while, young Promise saw that the mother was still struggling to eat with the younger brother in the mud house where she lived, he took a strong but risky decision to leave for Ahoada again, but this time around, to stay and struggle on his own.

Reaching there, accommodation became a big challenge for him, both in Ahoada and even when he moved to Elele all in Rivers State. For instance, at Ahoada, he had no place to sleep as some supposed brethren did not help out but through divine providence God miraculously provided a “Boys Quarters” apartment where he stayed free of charge with a proviso by his benefactor that his character would sustain him in that accommodation.

Glory to God for his character actually sustained him. When he relocated to Elele, the issue of accommodation came up again and at a point, he slept outside because nobody assisted him.

At various times, Promise Uzoma Okoro engaged in selling of garden egg, nylon, Orange, ‘okirika’ cloths among others and was a popular sachet water seller in Ahoada market, Rivers State.

He did all manner of menial jobs including selling motor oil where he was being paid N6000 per month. He equally was washing plates at a Restaurant in Elele(C SPRING FAST FOOD) so that he could be given free food .

All these were to make sure he survives as well as do some savings to take cater for some of his individual needs.

Promise Uzoma Okoro stopped the hawking when he joined SENACOM COMMUNICATIONS as a staff. He afterwards, with the assistance of his Auntie CHI GOLD, opened his own little shop where he sells phone assesories. His life experiences led him to publish books titled ’’A KNOCK DOWN IS NOT A KNOCK OUT’’ in 2009 and
“YOU ARE BORN WITH A VISION’’ in 2011. God inspired him through those books to tell his generation that no matter the condition of life, God is still on the throne.

According to him, “my motivating factor was the story of Joseph in the Bible. God was hitting that portion on my mind each time I am depressed.

It is important to note that even
before gaining admission to university Promise Uzoma Okoro had already started configuration of people’s cellphones for browsing and other internet services having been under the tutelage of ADMNS at Naijaloaded where he was a News Reporter.

Promise Uzoma Okoro’s activism in the internet introduced him to experts in the Blogosphere, hence he started making attempts into establishing his own Blogs. He finally carved a niche for himself in the Blogosphere.

In 2012, he was among Administrators employed by a former lawmaker who represented Afikpo North State Constituency Hon. Maria Ude Nwachi(Nwanyi AFIKPO) to manage her media. So, after making name with Promise Uzoma Okoro’s BLOG, in November 5th 2015, PUO REPORTS made its debut and has remained bulbling in the competitive social media industry

He was a very active youth of Assemblies of God Church Ahoada and has remained a member of the church. However, while Promise Uzoma Okoro was having many challenges he reached out Papa Uma Ukpai who instructed him on what to do as well as revealed to him that God was about announcing him before the World and that people will be marvelled at his emergence, a prophecy that has fulfilled today.

God’s benevolence to PUO makes him to joyfully join the Psalmist in number 126:1 to 3 to sing “when the Lord turns around the captivity of Zion, we were like them that dream. Then were our mouths filled with laughter, and our tongues with singing. Then they said among the nations, The Lord has done great things for them. The Lord has done great things for us! We are glad!”

God, who is able to do exceeding, abundantly above all we can ever ask or imagine, saw the vision of young Promise Uzoma Okoro and decided to change his story. Hence, from being an online social media influencer, PUO met grace and in February, 2019 he was appointed by the amiable youth friendly vision-oriented Governor of Abia State, Okezie Victor Ikpeazu, Ph.D as a Senior Special Assistant on Media, from there, the Speaker of the Abia State House of Assembly, Rt. Hon. Chinedum Enyinnaya Orji, a developer of youths in June 2019, picked Promise Uzoma Okoro as his Special Assistant on Media.

Indeed, Hon. Promise Uzoma Okoro brought ingenuity to his job and ensured that the voice of the Chinedum Orji led 7th Assembly was heard in the entire globe via the live coverages of the House proccedings and updates on the social media about House sittings, resolutions and other businesses of the Abia State House of Assembly.

Suffice it to say that God’s grace and favour found Promise Uzoma Okoro (PUO) when, upon the approval of Governor Ikpeazu that Local Government elections be conducted for the second time under his administration, that
his political party, the Peoples’ Democratic Party, nominated him as the Deputy Chairmanship candidate of the party. This culminated to his election as the incumbent Deputy Chairman of Bende Local Government Area to the glory of God Almighty.

Hon. Promise Uzoma Okoro remains eternally grateful to God Almighty. He has also remained grateful to few people who allowed God use them in his case. Some of these people are Deacon Longinus Amadi of Assemblies of God Church, Ahoada in Rivers Sate, Mr. Joseph Ntorue, Lucky Clifford, Auntie Chikaodiri Okereke as well as his number one prayer warrior and mother, Deaconess (Mrs) Oyidiya Okoro.

As Promise Uzoma Okoro, his beautiful wife, Mrs Precious Oluchi Uzoma and two children, invite friends and colleagues to join the pulpils of his Alma mater to celebrate this birthday, he urges the youths to hold on to God in whatever thing they do, maintaining that no matter how ugly the situation may be, there will be light at the end of the tunnel.

For the pupils of Alayi Central School, it is jubilation galore, shout of joy and merriment.