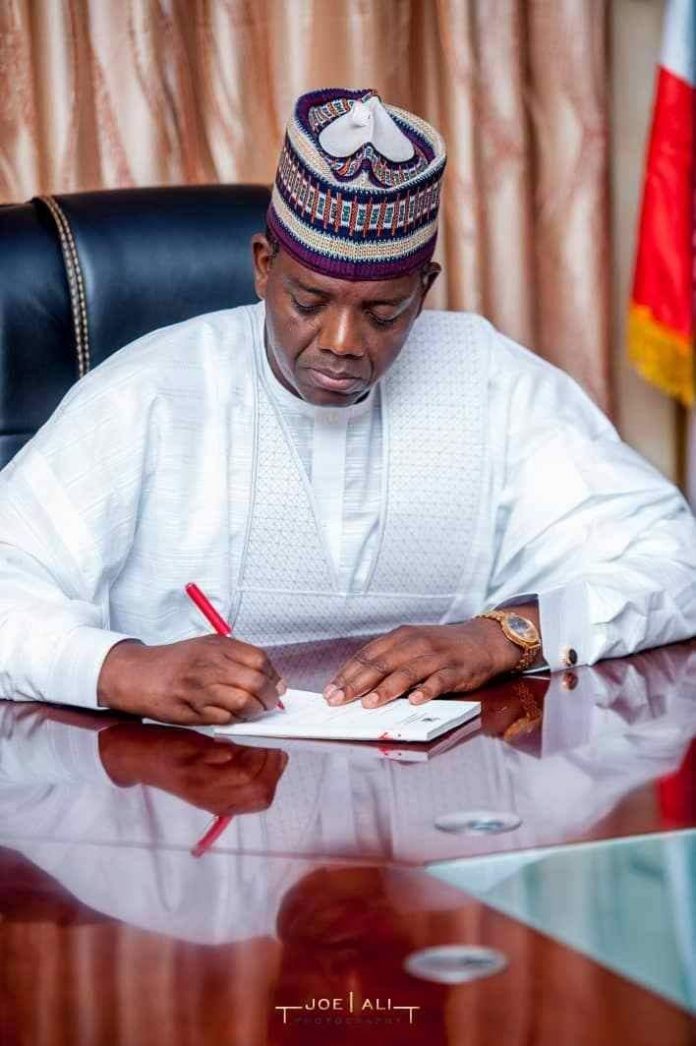 Namakkah was suspended indefinitely by the Governor for conferring the traditional title of Durumbu on a military officer arrested for allegedly selling ammunition to bandits in Zamfara.

A statement issued by Mr Yusuf Idris, the Director-General Media to the governor on Friday in Gusau, said the state government would not tolerate anything capable of destroying the state’s hard-earned peace.

Matawelle pledged to ensure that anybody found wanting in any way will be dealt with accordingly.

The Governor warned that henceforth, traditional rulers must seek approval before conferring traditional titles to avoid unnecessary embarrassment to the government and the traditional institution.

According to him, the military officer was arrested in possession of 20 rounds of 62mm live ammunition recently.

The suspect was said to be at the point of handing over the ammunition to one Kabiru Bashiru of Maniya village, Shinkafi Emirate, and had allegedly collected an advance payment of N100,000 from bandits.

Matawelle also commended security agencies for arresting one Dr Kamarawa, who was in possession of 4 sets of military camouflage and army identification card.

A Kamarawa specialised in the supply of army uniforms and medicaments to bandits in Zamfara.

The Governor expressed sadness over the involvement of some irresponsible security personnel in banditry, saying it would sabotage ongoing operations and make it impossible to end banditry in the country.

“The nation will not defeat the criminals with such bad eggs within the security architecture,” he added.

Matawalle assured that all those arrested in connection with banditry in the State would face the full wrath of the law.

The Governor appreciated the support of heads of security agencies in the State in the fight against banditry and appealed to the people to cooperate with them by providing genuine information on criminals.

All Nigerians irrespective of political affiliation must work to sack Buhari...