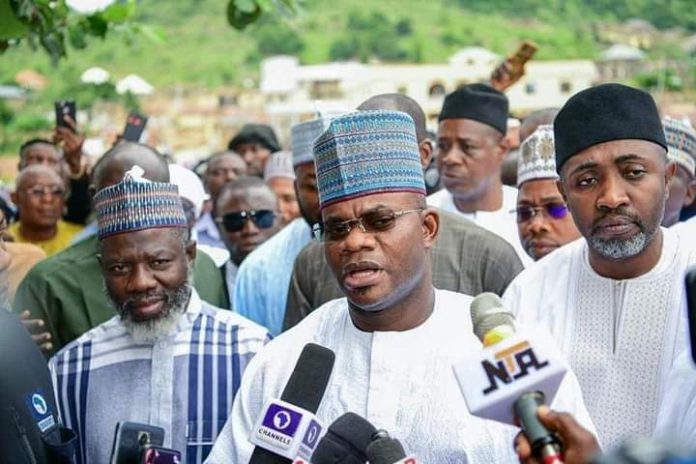 Governor Yahaya Bello of Kogi State, has said that in just six years of his administration, the ruling All Progressives Congress, APC, has performed far beyond the 16-year achievement of the Peoples Democratic Party (PDP).

The APC defeated the PDP under President Goodluck Jonathan’s administration in 2015 to install the current government led by President Muhammadu Buhari.

While the PDP lasted 16 years in office, the APC has just spent 6 years in office but have faced massive security and economic challenges, situations the ruling party has always blamed the PDP for.

Most Nigerians believe the Buhari’s campaign promises which centred on fighting corruption, providing security and stabilizing the economic has not been realised.

But Bello, who spoke during an interview on Channels Television’s Sunrise Daily, said the ruling party has delivered good governance to Nigerians.

“Largely, APC has performed beyond what PDP has achieved in their 16 years of governance in Nigeria,” Bello spoke from the Kogi State Government House in Lokoja.

“APC’s successes today within six years outweigh the successes of 16 years that they ruled.

“The statistics are there. We will remind Nigerians of where APC inherited Nigeria and where we are today.”