Home PUO NEWS Eid-El-Fitr: Those Beating The Drums Of War Are Not Patriotic – Bello 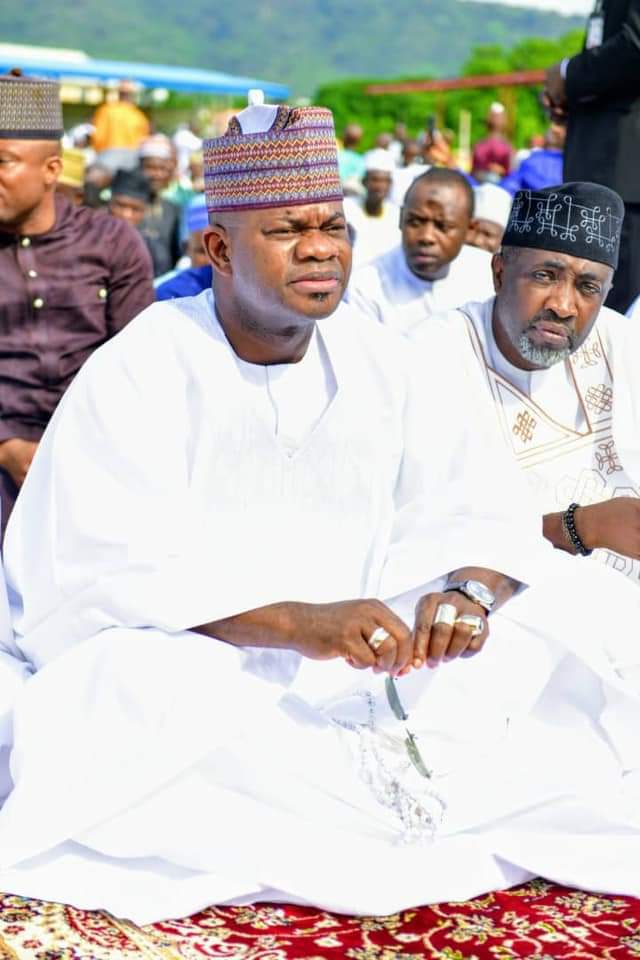 ….urges the youth not to listen to them

Kogi State Governor, Yahaya Bello has expressed that those beating the drums of war in Nigeria were unpatriotic urging the youths and other sections of the country to turn deaf ears to them

The Governor noted that Nigeria was the only country we all have hence we must unite ourselves and preach peace, togetherness adding that we the citizens must remain patriotic as against continued calls of separations

In his words “We must not tolerate criminals among ourselves, irrespective of the position which they occupy in our society. I urge each and every Muslims and Christians in the country to preach peace and not war”

He called on every citizens to accord deserving respect to authorities, knowing fully well that we must have a country before we could practice our respective religion.

Governor Bello expressed that those who have experienced war with several examples would not desire such event again hence we must come together and salvage this country as we collectively say no to violence, crimes and criminalities and the drum beats of war