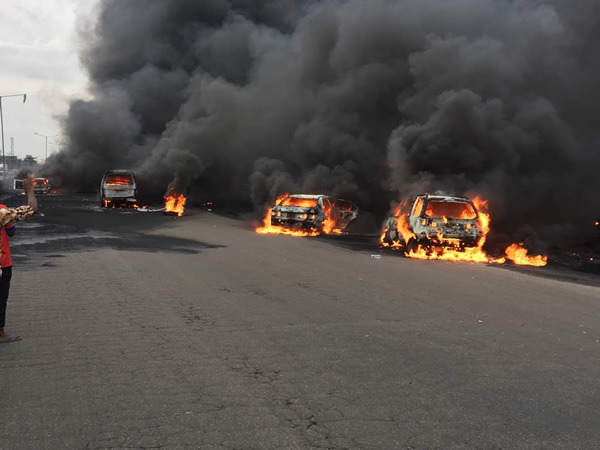 On Thursday another gas explosion has occurred in Abeokuta as Muslims celebrate Eid-el-Fitri.

This is coming less than 24 hours after three persons were burnt to death in a gas explosion that rocked Oke-Igbore area of Abeokuta, the Ogun State capital.

The Ogun State Fire Service confirmed the incident in a statement on Thursday.

The explosion was reportedly triggered by a refrigerator gas.

It was gathered that the only victim of the inferno has been amputated, while still struggling for life at the hospital.

“Fire Service Headquarters has again today, Thursday 13th May 2021, received a distress call to a house on fire at Sowemimo Street, off Mercy road, Abeokuta at about 08:30 hours early this morning.

“Firemen quickly got to the scene, extinguished the inferno which was caused by refrigerator gas.

“One victim suffered a serious injury and was taken to the Federal Medical Centre (FMC), Idi-Aba for medical attention.

“No life was lost in the explosion, but it was gathered that the victim has been amputated,” the statement said.

COVID-19 PANDEMIC: Anyone Who Breach The ‘Executive Order’ For The Conduct...