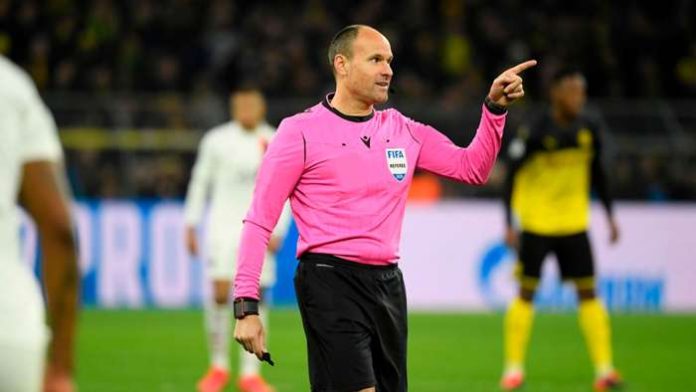 UEFA has announced that Antonio Miguel Mateu Lahoz will referee the Champions League final between Manchester City and Chelsea.

The 44-year-old Spaniard will take charge of his first Champions League final, having officiated six games in the competition this season.