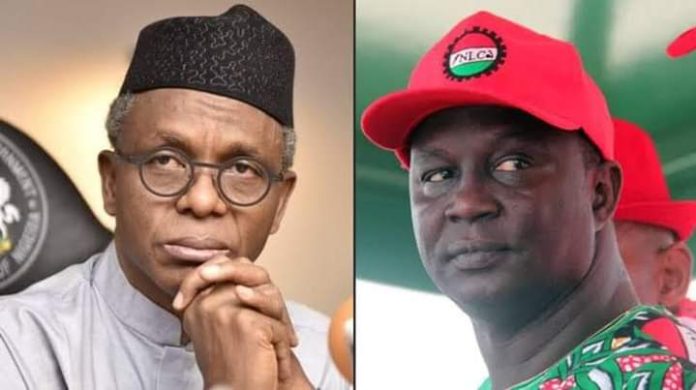 The PDP expresses shock over alarming reports that the el-Rufai-led All Progressives Congress (APC) government in Kaduna state had sacked about 70,000 since 2016, describing such as wicked, insensitive and unacceptable, particularly under the current economic hardship foisted on our nation by the APC administration.

It is even more worrisome that in its arrogant insensitivity, the Kaduna state government dismissed many of the workers without recourse to laid down due disengagement processes and benefits as prescribed by the extant labour laws.

The PDP further upbraids Governor el-Rufai for overstepping the law in declaring the President of the Nigerian Labour Congress (NLC) Ayuba Wabba wanted as well as ordering the sack of health workers and lecturers for joining in peaceful solidarity procession with the sacked workers.

Our party insists that the right of citizens to peaceful protest is fully guaranteed in the 1999 Constitution (as amended) and charges Governor el-Rufai to douse the tensed situation by coming down from his high horse, rescind his position and listen to the people.

Governor el-Rufai must understand that we are in a democratic nation governed by law; where sovereignty belongs to the people, and not a dictatorial regime as being witnessed in the attitude of the Kaduna state government towards workers.

It is even more worrisome that some of those involved in this anti-people disposition are seen as aspiring to hold the position of President, Federal Republic of Nigeria

Our party insists that the workers in Kaduna are citizens of Nigeria and we demand that their wellbeing and rights under the law must be respected.

Moreover, the unleashing of thugs to attack the Kaduna workers during their peaceful protest now leaves no one in doubt regarding the connection between APC leaders and the thugs that attacked our youths in the EndSARS protests as well as the thugs unbridled to attack innocent Nigerians during the 2015 and 2019 general elections.

Furthermore, the silence by the APC, as a party, to the situation in Kaduna, betrays its support for the suppressive measures of the Kaduna state government as well as the unleashing of thugs to attack the workers.

Our party, however, urges the NLC and the workers to remain calm and law abiding in the pursuit of their demands despite the provocation by the Kaduna state government, while efforts are being made to find solution to the matter.

Northerners have no option but to support Tinubu, says Ganduje