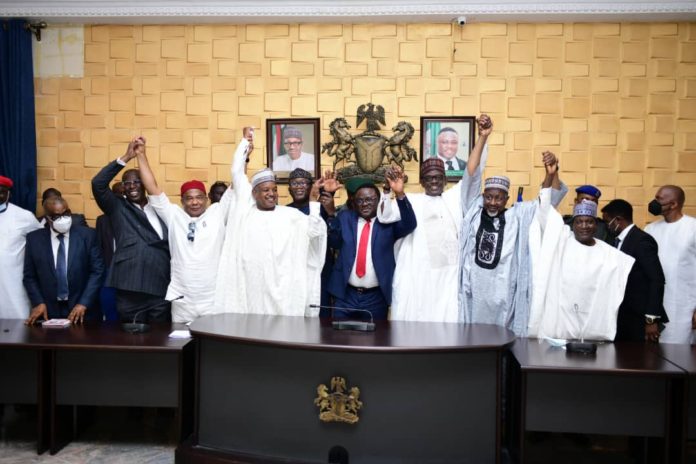 On Thursday there is tension in Cross River over the defection of Gov Ben Ayade to APC.

Our correspondent who monitored the aftermath of the defection observed that most of the political appointees were not impressed by the governor’s action.

The people, mostly, executive council members lamented the action of the governor saying, “Not all of us are happy, we will not join the governor as we were not consulted before the final decision was made.

The people who made a mockery of the defection said, “Are you APC or PDP, I am PDP but I don’t know of you, APC change, APC change while others shouted PDP, power.

Some government workers in the governor’s office were seen discussing the defection in groups while official functions in various offices were put on hold.

Speaking with newsmen, some political appointees who did not want their name in print for fear of being intimidated said they were disappointed, “I least expected governor to defect, no matter the situation, he is supposed to have endured.

“Nothing lasts forever, in life, there is bound to be ups and downs, he may find it difficult in APC, he may not be able to fit in I assure you. Believe me or not, I have said it but not prophesying”

At the time of filing this report, official functions at the governor’s office were disrupted, workers left their offices to discuss the defection.