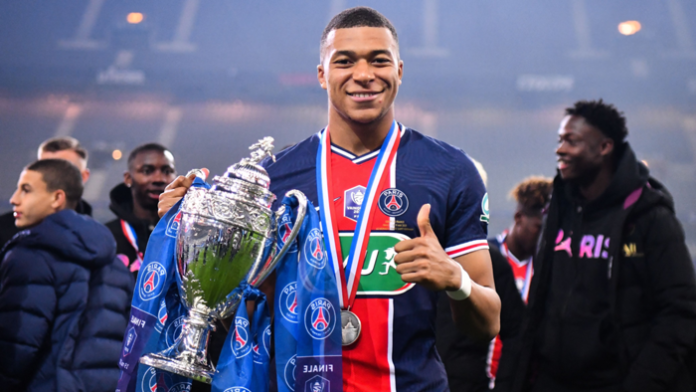 The attacker helped his side earn a 2-0 victory over his former club Monaco on Wednesday.

Kylian Mbappe said he was the happiest person at Paris Saint-Germain following their 2-0 win over Monaco in the Coupe de France final on Wednesday, but he stopped short of committing his future to the club when asked after the match.

The French forward, who has been linked with a summer transfer, scored PSG’s second goal of the night after Mauro Icardi had opened the scoring in the 19th minute. He claimed the most important thing was to enjoy the victory rather than discuss what might happen after the season.

Despite team-mate Neymar extending his contract earlier this month, Mbappe has yet to sign a new deal. The delay has intensified speculation about whether he will eventually push for a move to Spain or England, where the likes of Real Madrid and Manchester City are said to be keen on acquiring him.

Ruga: In Just 1 Month, Abia North Is Now A Laughing...