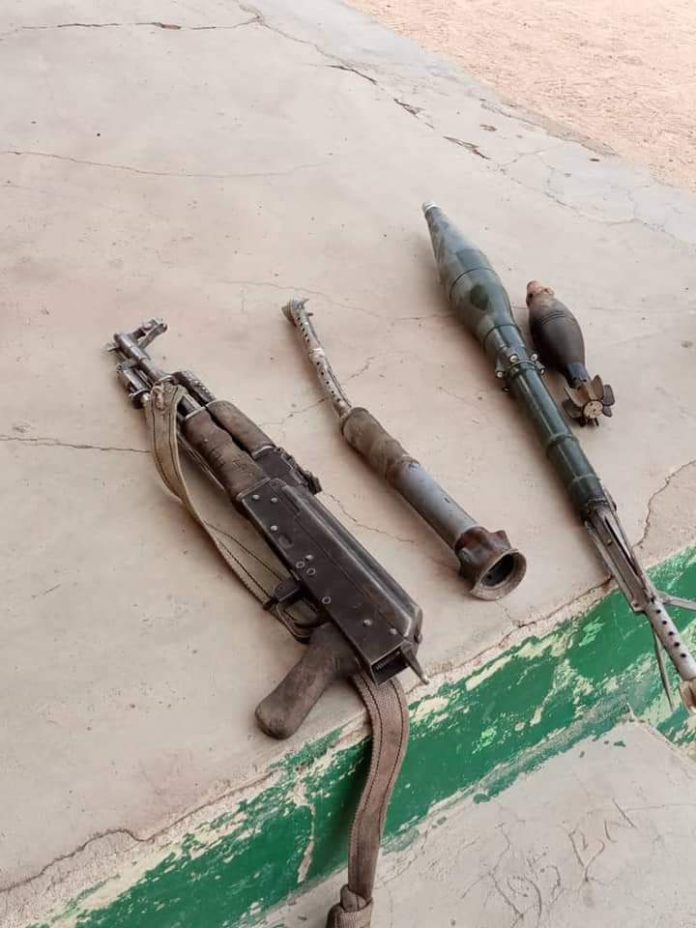 The gallant troops successfully defeated the attack, destroyed the locally fabricated armoured-plated vehicles and neutralised over 50 ISWAP terrorists forcing the survivors to run in disarray under heavy gun fire from the resilient troops and Nigerian Air Force attack platforms. The so-called suicide bombers had to abandon their vehicles primed with explosives as they could not withstand the overwhelming fire power from the highly motivated troops. Several weapons and ammunitions were recovered from the depleted terrorists.

The Chief of Army Staff (COAS) Major General Faruk Yahaya congratulated the troops including the Air Component for this great achievement. The COAS restated the commitment of the Nigerian Army under his leadership to ending terrorism and other violent crimes in the North East and the rest of the country. He further enjoined the troops to sustain the ongoing offensive under Operation Tura Takaibango until this noble goal is attained.