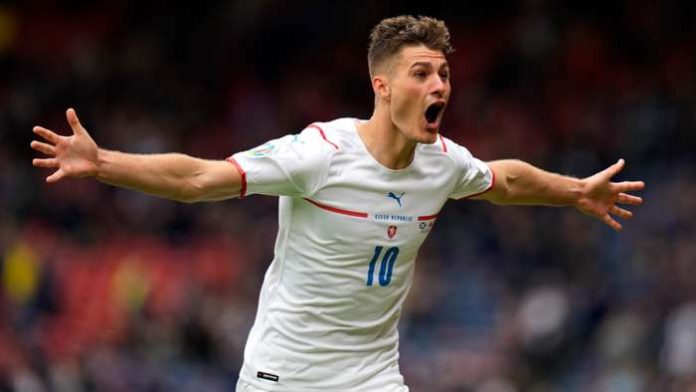 The Bayer Leverkusen forward netted from nearly 50 yards to stun the crowd at Hampden Park and set his country towards victory in Group D.

It may only be day four of the European Championship, but goal of the tournament may have already been sewn up by Czech Republic striker Patrik Schick.

The Bayer Leverkusen forward scored from practically on the halfway line in the Czechs’ opening game of Group D against Scotland, lobbing goalkeeper David Marshall from approximately 50 yards.

It was Schick’s second goal of the game, and stunned the crowd at Hampden Park who had hoped to see Scotland get a good result in their first major tournament match for 23 years.