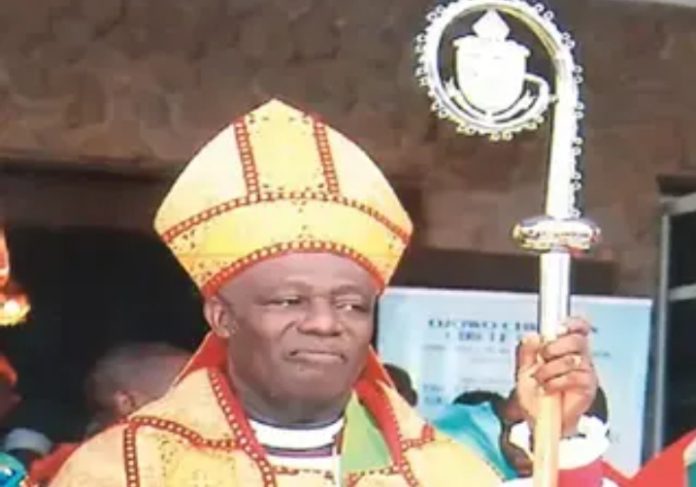 The Bishop of Anglican Communion, Diocese of Ijebu North, Rt. Revd. Solomon Gbetogo Kuponu, has cautioned the Federal and State governments to stop giving amnesty to terrorists, arguing that amnesty has further encouraged insecurity in the country.

The Bishop disclosed this in his charge delivered during the first session of the 6th synod of the church, held at St. Paul’s Church, Ago-Iwoye, Ogun State.

Kuponu insisted that the military and the people who are often the victims of terrorist attacks should be rewarded rather than the villains.

He also accused government and other state actors of encouraging kidnapping by paying ransom to kidnappers.
The cleric raised the alarm that Nigeria was gradually being turned to a “killing field” with the myriads of forms of “kidnapping, abduction, banditry, fatal clashes of herdsmen and farmers, ritual killings, political assassination, armed robbery and murder.”
He accused President Muhammadu Buhari of abdicating his responsibility, lamenting that insecurity had reached the worst stage under his administration.

Kuponu charged the government to deal decisively with terrorists with the full extent of the law instead of encouraging criminal activities by granting amnesty to criminals.

He said, “Dubious amnesty to terrorists should stop, the so-called repentant terrorists often return to kill. Instead, priority should be accorded to equipping, rewarding and motivating the demoralised troops. The victims, rather than the villains of terrorism, require government assistance.
“Apart from military action, you (government) need to apply the criminal justice system, terrorist acts are crimes, so criminals should be apprehended and prosecuted.

“Unlike other countries battling with terrorism, Nigeria is tardy in punishing terrorists.

“Fighting terrorism needs a multi-faceted approach, to cut off their sources of funding, disrupt their logistics and support networks and decapitate the leadership as the United States war on terror has proved.”

The cleric advised Buhari to seek foreign help in fighting insecurity, saying “No country on its own can defeat terrorism. It requires an international effort.”