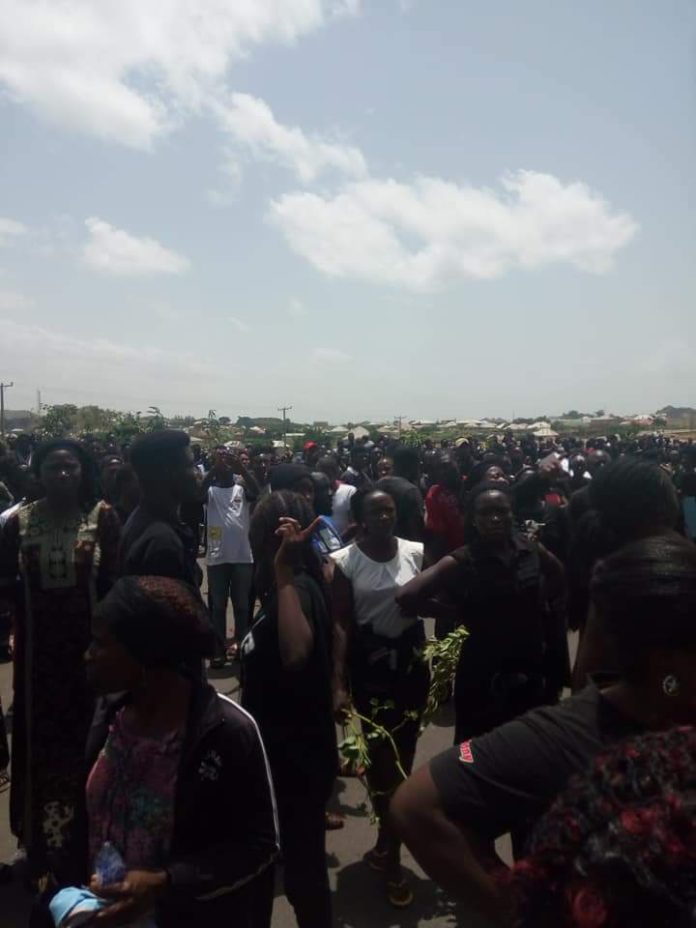 On Monday morning, Some protesters blocked the Umaru Yar’Adua Way leading to the Nnamdi Azikiwe International Airport, in the Federal Capital Territory, Abuja.

The protesters who were displaying banners with the inscription, #BuhariMustGo, stormed the area at about 5:30am.

According to reports, the protesters made bonfires on the ever-busy road, making it difficult for civil servants living in Lugbe, Kuje, and other areas along the Airport to access their places of work in the heart of the city.

The tweet reads, “#BuhariMustGo protesters blocked the road to international airport in Abuja as early as 5:30am Monday morning in Abuja #RevolutionNow “.

When contacted, the FCT Police Public Relations Officer, Mariyan Yusuf was unable to take her calls and could not respond to text messages forwarded to her.

APC an NGO not political party, will break up before 2023...