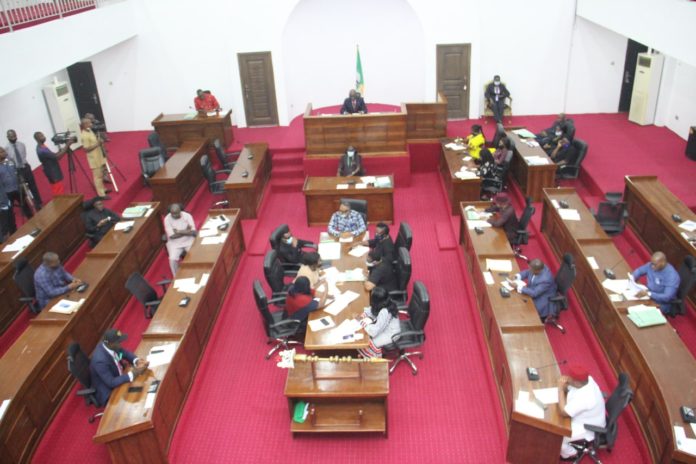 Below is a Breakdown of Monday June 28th 2021 Sitting of the House.

Welcome to another Legislative Day in the Abia State House of Assembly.

The Abia State House of Assembly commenced plenary after the adoption of Votes and Proceedings of Wednesday, 16th June, 2021.

The Speaker announced that the officials of the Enugu Electricity Distribution Company will appear before the Honourable House on the 5th of July, 2021 by 10am prompt.

Hon Emeka Okoroafor, Member representing Isuikwuato State Constituency, read out a petition from a Law firm, Ndukwe Iheanyi & Co, bordering on Paris Club Refund to Abia State and the urgent need to investigate allegations surrounding the engagement of consultancy firms for the management of the Fund.

According to the Law firm, they were informed that a former Commissioner for Finance in the State, Mr Obinna Oriaku, took to social media to explain his involvement in the transactions and further complicated the matter by raising issues that several consultant firms are at loggerheads over who is the authentic consultancy firm engaged by Abia State Government.

Ndukwe Iheanyi Law firm prayed that the Abia State House of Assembly ascertain the validity or otherwise of the allegations raised by Obinna Oriaku, and also investigate the charges by the consultancy firm engaged by the Abia State Government for the management of the Paris Club Refund as it concerns the State.

The Law firm further requested that the House investigate how much was paid to the consultancy firm by Abia State Government for services rendered with regard to the Refund in the years in contention, 2011 – 2014.

The Speaker said the allegations raised by the former commissioner are heavy and will be investigated thoroughly.

The Speaker announced the setting up of an ad-hoc committee to investigate the allegations and revert back to the House with its reports in one week.

Hon Emeka Okoroafor read out another petition from RC Udeme Law firm concerning a complaint against the wrongful and unlawful termination of Mrs Nwachukwu Ifeoma Lucy’s appointment with Abia State University, Uturu on the allegation of fraud.

The Speaker committed the petition to the House Committee on Petition. He charged the committee to make its findings and report back to the House as soon as they conclude on the matter.

Hon Obinna Ichita, member representing Aba South State Constituency, brought up a Matter of Urgent Public Importance to the House about the excavation of refuse along Port Harcourt Road in Aba. He said the situation if not checked will lead to a pandemic and lives will be lost.

He prayed the House to mandate the Abia State Environmental Protection Agency (ASEPA) to move with immediate effect to see that this heaps of earth and refuse are evacuated to protect the lives of Abians in his constituency.

After contributions from Rt Hon Ifeanyi Uchendu, Rt Hon Chikwendu Kalu, Hon Ginger Onwusibe, Hon Chukwu Chijioke, Hon Abraham Oba and Hon Aaron Uzodike, the Speaker urged the various committees set up by the Governor with the primary responsibilities of evacuating and keeping the State clean to put every machinery in motion to make sure the State is kept clean.

Hon Kelechi Onuzuruike, Member representing Umuahia North State Constituency, in his Personal Explanation thanked the Governor for procuring two roll on-out trucks for the Abia State Environmental Protection Agency. He said the Governor intervened to the cries of the Agency which clearly shows he is passionate about the well-being of Abians. He went further to commend the General Manager of ASEPA, Eze Okwulehie and urged him to continue with the wonderful job he is doing.

Responding, the Speaker thanked Hon Onuzuruike for his proper oversight functions. He commended the Governor for putting in place positive measures to keep the State clean.

On his own part, Hon Chukwu Chijioke, the Minority Leader of the House in his Personal Explanation, commended the Speaker for his sincerity in the way he has managed the affairs of the House irrespective of party affiliations. He thanked the Speaker for standing for fairness, and also thanked his predecessor as Minority Leader, Hon Abraham Oba, for his mature disposition in making sure there was no rancour among them even when challenges crept in.

Responding, the Speaker congratulated Hon Chikioke Chukwu on his new role as Minority Leader of the House and, advised him to always engage constructively and not destructively.

NOTICE OF PRESENTATION OF BILL

In a motion moved by the Majority Leader and seconded by the Minority Leader, H.A.B. 42 passed the First Reading.

In a motion moved by the Majority Leader and seconded by the Minority Leader, the Order paper was slightly amended to accomodate the Second Reading of H.A.B.42.

After explanations from the sponsor of H.A.B 41 , Hon Solomon Akpulonu about the importance of the Bill, the Bill was committed to the Committee of the Whole for further legislative drills.

In a motion moved by the Majority Leader and seconded by the Minority Leader, the House dissolved into the Committee of the Whole to consider H.A.B. 41: The Abia State Audit Bill, 2021.

After consideration of the Bill in the Committee of the Whole, and in a motion moved by the Majority Leader and seconded by the Minority Leader, the House reverted back to full plenary.

Reporting what transpired at the Committee of the Whole, the Speaker said, “After having passed through the necessary legislative processes, we can comfortably delete the word “Bill” and insert the word “Law” into it.

“Honorable Colleagues, this Law might be cited as ‘The Abia State Audit Law’ and shall come into force this Day, 28th of June, 2021”.

Continuation of the Consideration of H.A.B. 39: A Bill for a Law to Establish Guidelines for the Management of Funds of the Abia State House of Assembly.

Consideration of H.A.B. 40: A Bill for a Law to Establish the Abia State Accounts Allocation Committee (ABSAAC).

Consideration of H.A.B. 6: A Bill to Establish the Abia State Consumer Protection Agency.

Consideration of H.A.B. 23: A Bill for a Law to Establish the Abia State Commission for the Welfare of Disabled Persons were all deferred to be considered on another Legislative Day. 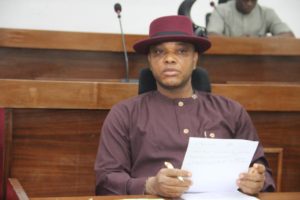 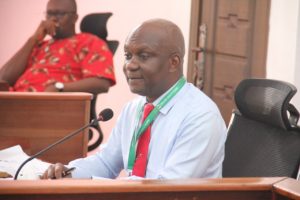 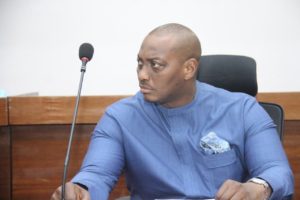 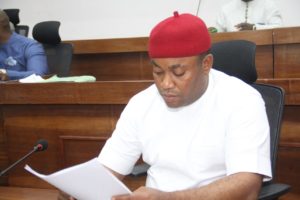 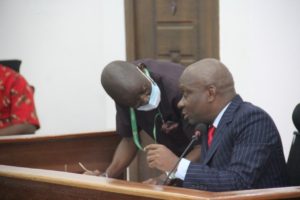 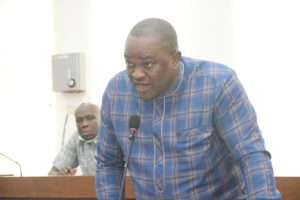 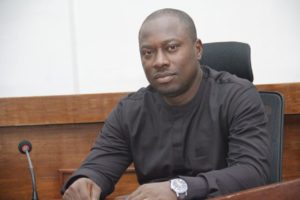 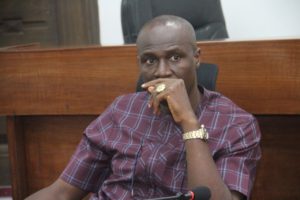 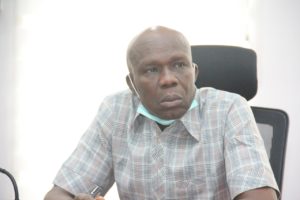 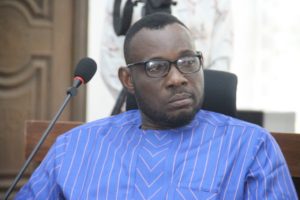 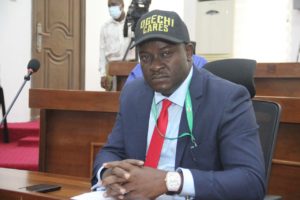 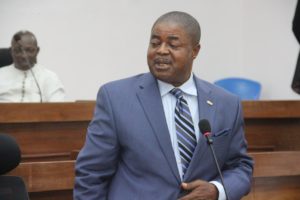 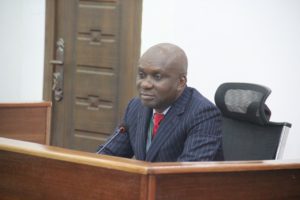 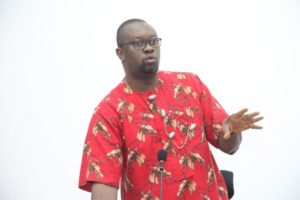 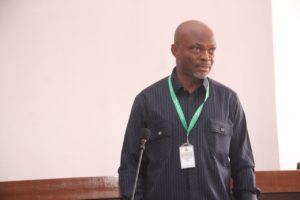 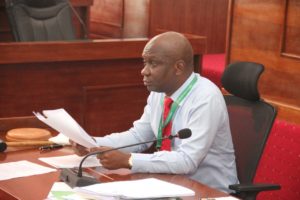 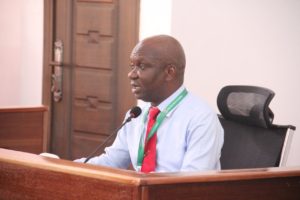