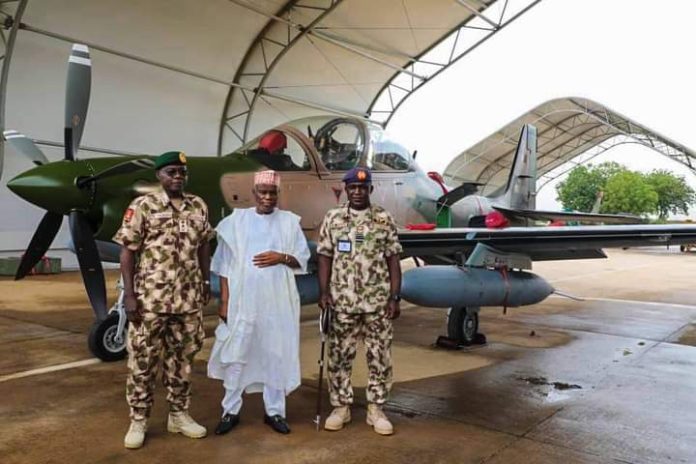 Air Commodore Edward Gabkwet, NAF Director of Public Relations and Information confirmed the arrival of the fighter aircraft in a statement.