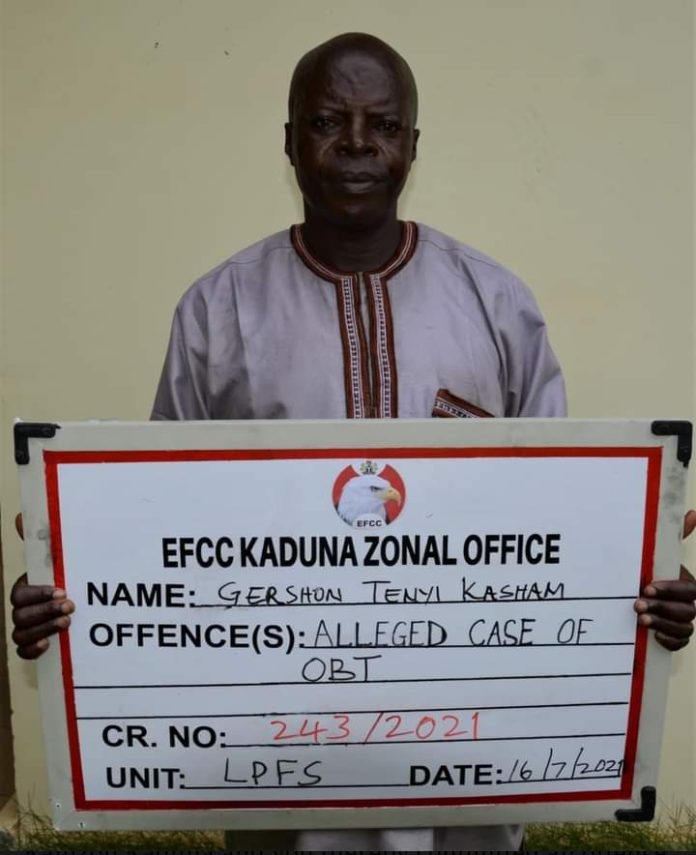 Justice Darius Khobo of the Kaduna State High Court sitting in Kaduna have convicted and sentenced one Gershon Tenyi Kasham to 10 years prison term on one count amended charge bordering on criminal misappropriation.

The convict was jailed over payment he received for a plot of land along Sir Patrick Yakowa Road which he sold to a complainant and it turned out that the land was no vacant.

The charge reads, “that you Gershon Tenyi Kasham “M” a casual staff of Nigerian National Petroleum Corporation (NNPC) sometime in February 2020 in Kaduna within the jurisdiction of this Honourable Court dishonestly misappropriated the sum of N700,000 ( Seven Hundred Thousand Naira) only from the sum of N2, 700,000.00 ( Two Million Seven Hundred Thousand Naira) only paid to you by one Adamu Yahaya for purchase of a plot of land belonging to you situated at Kamzou Kaduna and you thereby committed an offence contrary to Section 293 of the Penal Code Law of Kaduna state 2017 and punishable under Section 294 of the same Act”.

The convict had already restituted the nominal complainant.

Abia Speaker Describes Abraham Oba as a Man of Peace as...