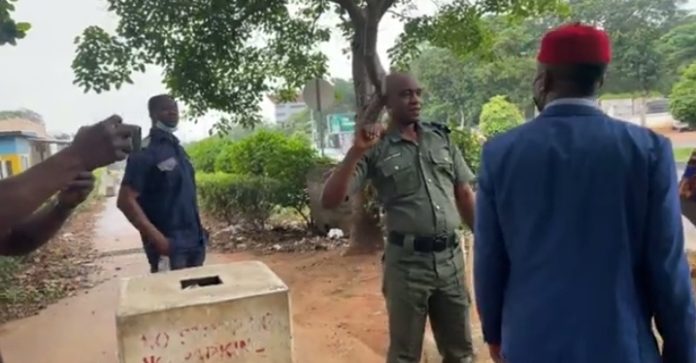 Omoyele Sowore, convener of the #RevolutionNow movement, has been arrested by security operatives at the federal high court in Abuja.

Sowore who was at the court premises said he had come to attend the hearing of the five youths that were arrested for wearing #BuhariMustGo branded shirts at Dunamis Church.

It was learnt the activist, alongside his aide who was making a live-stream of events in front of the court, was arrested by police officers.